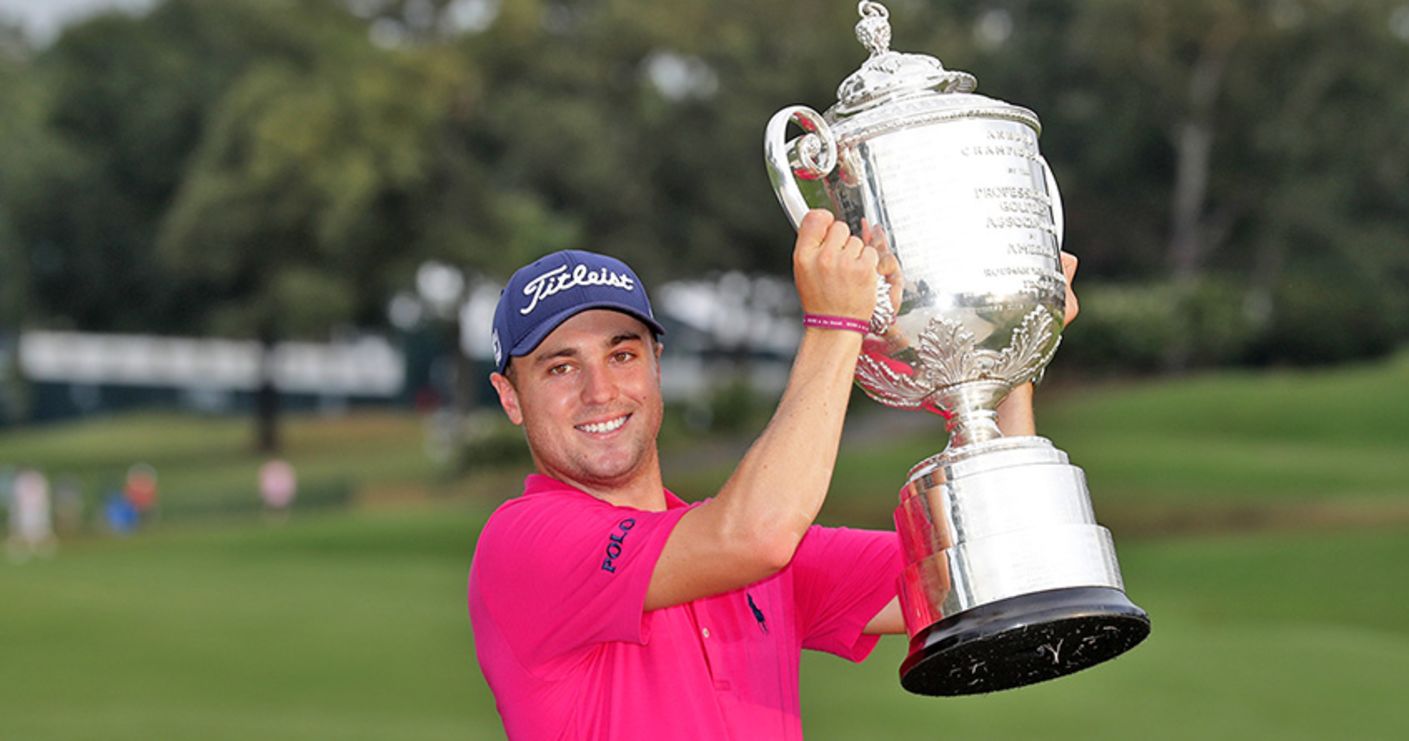 Justin Thomas, son of a PGA teaching pro, emerged from the pack to win the 99th PGA Championship.

The 24-year-old Thomas shot 3-under-par 68 in the final round to claim a two-stroke victory over Patrick Reed, Louis Oosthuizen of South Africa and Francesco Molinari of Italy in the final major of the year at Quail Hollow Club in Charlotte, N.C.

“The prep that I put into this week, I felt like I was ready,” said Thomas, who leads the PGA Tour with four victories during the 2016-17 season and moved to second in the FedExCup point standings. “It just was about going out and doing it.

For me, the PGA definitely had a special place in my heart, and maybe a special drive. It’s just a great win for the family, and it’s a moment we’ll never forget—all of us.”

Thomas sank an eight-foot birdie putt that teetered on the edge of the 10th hole for 12 seconds before dropping in, chipped in from 39 feet for a birdie on the 13th hole to take the lead and added a 14-foot birdie putt on the 17th.

The he got a hug at the finish from his father, Mike Thomas, the longtime pro at Harmony Landing outside Louisville, Ky., before hoisting the Wanamaker Trophy.