Thomas Leads Zozo By 1 After Second 65 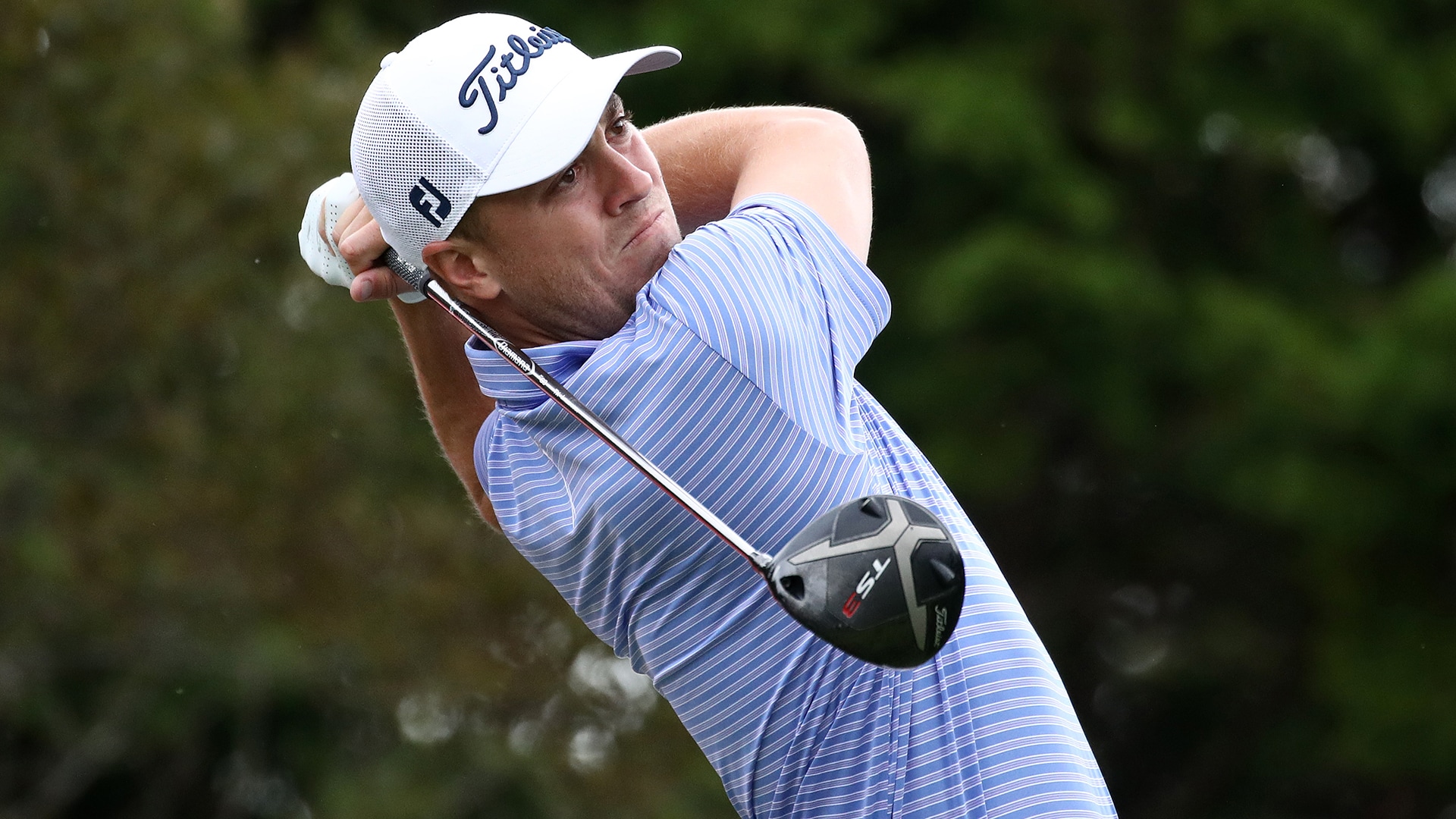 Justin Thomas had a completely different start in the second round of the Zozo Championship at Sherwood, but the final result was exactly the same.

The third-ranked Thomas made four birdies in the first seven holes after starting on the back nine and posted a second straight 7-under-par 65 to take a one-stroke lead over Lanto Griffin and Dylan Frittelli of South Africa at Sherwood Country Club in Thousand Oaks.

“It helped to get off to a hot start, unlike yesterday, and then I kind of coasted coming home,” said the 27-year-old Thomas, who has won twice this year to give him 13 victories on the PGA Tour. “If you hit the ball in the fairway here, you have scoring clubs into the greens and can make some birdies, but if you get into trouble you can make bogeys.

“I read the greens better today, so I made some great par saves, especially at No. 8, and that was big. I have to continuing to attack the golf course because other guys will keep going low, so I have to keep the pedal down.”

Thomas added birdies on the first and third holes after making the turn, and finished off his bogey-free round with six straight pars to record a 36-hole score of 14-under 130.

Griffin and Frittelli both were tied for the lead with Thomas before making bogeys on their final holes, Frittelli at No. 18 and Griffin at No. 9, while both also shooting 65.

“It’s pretty cool to be playing here at Sherwood after watching tournaments on TV here several years ago,” said Griffin, whose only PGA Tour victory came in the 2019 Houston Open.

“The course is get-able and you have to take advantage of the (five) par-5s. You have to get it going early and just keep it going. Everyone else is going low, so you have to just keep going yourself just to stay up with them.”

Patrick Cantlay of Los Alamitos and UCLA carded a bogey-free 65 and is two down in a tie for fourth with Scottie Scheffler, who birdied the first five holes and six of the first seven to kick-start another 65.

Richie Werenski broke Tiger Woods’ course record by one stroke with 12 birdies in a 61 and is five shots behind in a huge tie for sixth with two-time Masters champion Bubba Watson (63), 10th-ranked Patrick Reed (63), ninth-ranked Tyrrell Hatton of England (68), Abraham Ancer of Mexico (66), Harris English (67), Tony Finau (64), and Kevin Kisner (67).

Eighth-ranked Webb Simpson put up yet another 65 and is in a tie for 14th that includes first-round leader Sebastian Munoz of Colombia, who followed his ioening 64 with a 70, while second-ranked Jon Rahm of Spain shot 67 and is tied for 22nd.

Defending champion Woods, who won the World Challenge that benefits his Tiger Woods Foundation, bounced back from a 76 by making eight birdies in a 66 and is tied for 66th.