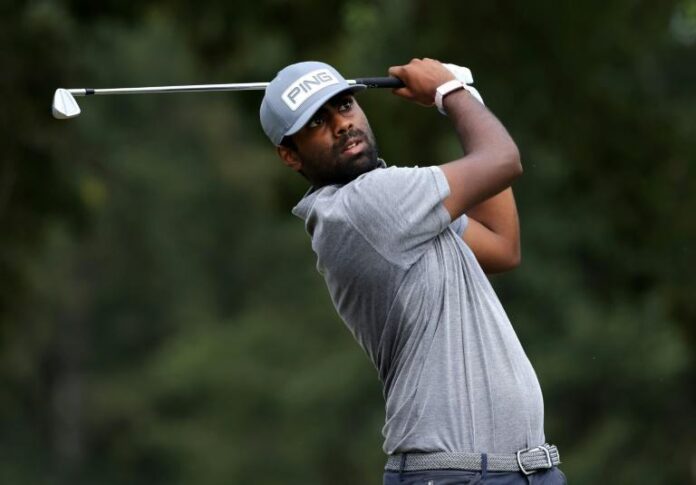 PGA Tour rookie Sahith Theegala has had at least a share of the lead after each of the first three rounds of the Sanderson Farms Championship.

The 23-year-old Theegala, from Chino Hills and Pepperdine, posted a bogey-free, 5-under-par 67 and is one stroke ahead of Cameron Tringale of Mission Viejo, San Burns, Cameron Young and Denny McCarthy heading to the final day at the Country Club of Jackson in Jackson, Miss.

“I got off to a solid start, but missed several makeable putts early,” said Theegala, who is seeking his first pro victory and has followed his opening 64 with two straight 67s. “Then I got going early on the back nine and started making putts, but then the last few holes were a bit of a grind to the finish.

“I’ve won at every level, I’ve played well so far and now I just have to learn to win out here at the highest level. I’ve got the lead and I’m in a good position to win tomorrow, but I don’t want to think about it. I just want to go out, play my best, have fun and see what happens.

Theegala, who claimed the Haskins Award, the Jack Nicklas Award and the Ben Hogan Award as the best men’s college golfer in 2020, had only one birdie on the front nine but birdied the first three holes on the back nine and added one more at No. 15 to finish 54 holes at 18-under 198.

Tringale, whose only pro victory came when he teamed with Jason Day of Australia in the 2015 Franklin Templeton Shootout, sank a 55-foot eagle putt on the fifth hole and a 99-yard bunker shot for another eagle at No. 14 in a bogey-free 62 that was low round of the day, while McCarthy had five birdies on the back nine in a bogey-free 65.

Burns birdied the first five holes on the back nine in another bogey-free 65, while Young sank a 10-foot birdie putt on the last hole to cap a 67.

“It was a great day,” Tringale said of his career-low score. “I was just in control of every part of my game. It was fun to play well on a course I love. I made a few putts and tried to stay out of the way and let it happen.

Said Burns, whose only PGA Tour victory came in the Valspar Championship earlier this year: “There are probably 20 guys out here who could win tomorrow.”

Seth Reeves sank a six-foot eagle putt on the 11th hole en route to a 63 and is two shots back in a tie for sixth Trey Mullinax, who made his own six-foot eagle putt at No. 5 in a bogey-free 64, while Aaron Wise of Lake Elsinore holed out from 75 feet for an eagle at the fifth in a 67 and is one more down in a tie for eighth with Roger Sloan of Canada, who put up a bogey-free 68.