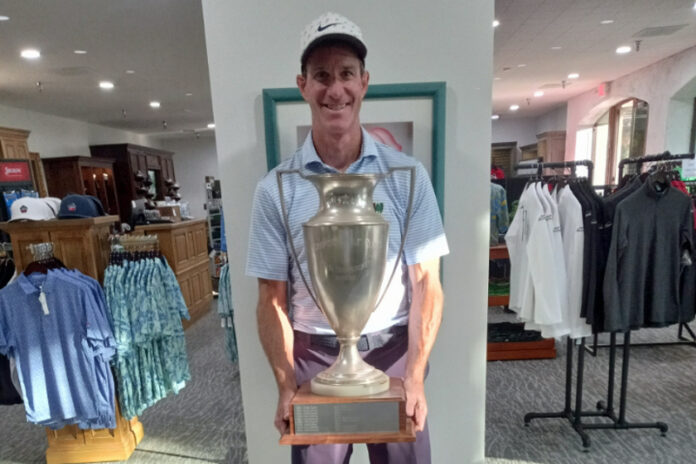 Dan Sullivan of Pasadena led almost from wire-to-wire while capturing the Pasadena Senior Men’s Golf Championship by eight strokes over Jeffrey Dufour of San Bernardino and Brian Smyth of Tustin at Brookside Golf Club on the grounds of the Rose Bowl in Pasadena.

“I was about 8 years old when I started playing golf with my father,” Sullivan recalled. “When I was growing up, he was a member at Annandale Golf Club (in Pasadena), and the club was great about letting juniors play. It was something my father and I could do together.

“The summer between freshman and sophomore years (at USC) I decided to really give it a go and see if I could make the team. I wanted to see how good I could get. It wasn’t about being a good golfer, it was about being great, and in fact, I probably would have had to have been even better than the scholarship guys to earn a spot on that team.”

Sullivan didn’t make the team, but he has continued to get better through the years..