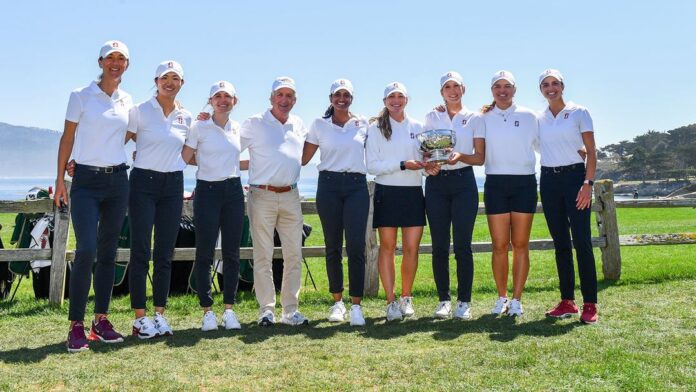 Defending NCAA champion Stanford is a huge favorite to repeat in 2022-23, as the first Mizuno WGCA Coaches Poll of the season released by Women’s Golf Coaches Association has the Cardinal ranked No. 1.

Stanford recently opened its season by winning the Carmel Cup at Pebble Beach Golf Links by 13 strokes, with defending NCAA champion Rose Zhang of Irvine, the top-ranked women’s amateur in the world, claiming the fifth tournament title for the Cardinal to start her sophomore campaign.

Highly-regarded freshman Megha Ganne finished second in the Carmel Cup for the Cardinal, who also have 2021 NCAA champion Rachel Heck entering her junior season, along with several other veterans including seniors Brooke Seay of San Diego and Angelina Ye of China, junior Sadie Englemann and sophomore Caroline Sturdza of Switzerland.

Stanford plays next in The Big Match against arch-rival Cal at Menlo Country Club in Menlo Park on Sept. 29.

Wake Forest is ranked second in the season-opening poll, followed by last year’s NCAA runner-up, Oregon, while South Carolina is No. 4 followed by fifth-ranked UCLA, giving the Pacific 12 Conference three of the top five teams in the nation.

The only other California team in the rankings is No. 12 USC.