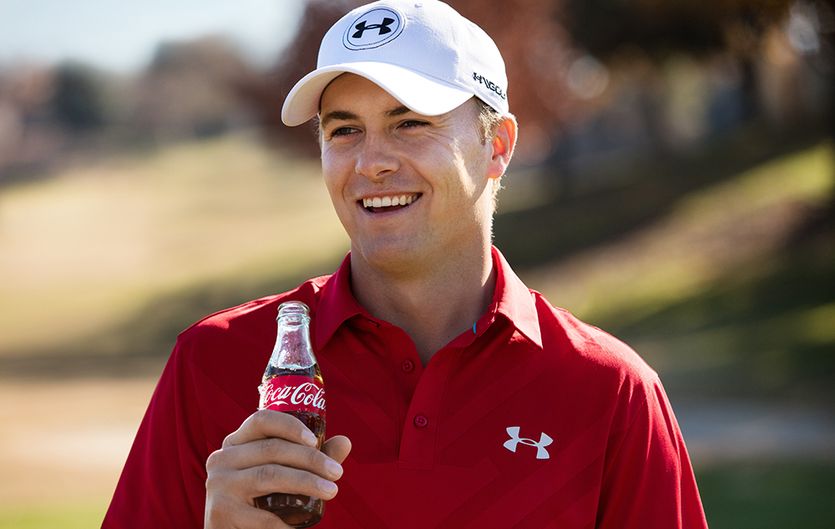 Jordan Spieth has learned the meaning of that old slogan, “Things go better with Coke.”

The 22-year-old No. 1 player in the World Golf Rankings signed a multi-year contract with Coca-Cola that reportedly is among the most lucrative deals ever entered into by an athlete.

“As a Coca-Cola brand ambassador, I look forward to bringing greater awareness to the sport of golf globally and engaging with fans in exciting new ways,” Spieth said only days after claiming his seventh PGA Tour victory by eight strokes in the Hyundai Tournament of Champions at Kapalua in Hawaii.

“It’s a special brand with a rich history, and I couldn’t be more excited to be a part of that history. … Coca-Cola has always been associated with iconic sporting events and some of the world’s best athletes. So this is an incredibly cool opportunity for me.”

According to ESPN, the deal ranks with LeBron James’ with Sprite, Jennifer Aniston’s with Smartwater and Taylor Swift’s with Diet Coke.

The report also says Spieth’s image will appear on special Coke cans ahead of the Olympic Games this summer in Rio de Janeiro, where golf will be contested for the first time since 1904 in St. Louis.

“Being able to compete in the Olympics is something I’ve always dreamed of,” said Spieth, who virtually is assured of being on the United States team. “I’ve represented my country before … but to be considered an Olympian and have the chance to win a gold medal for my country would be an incredible honor.”