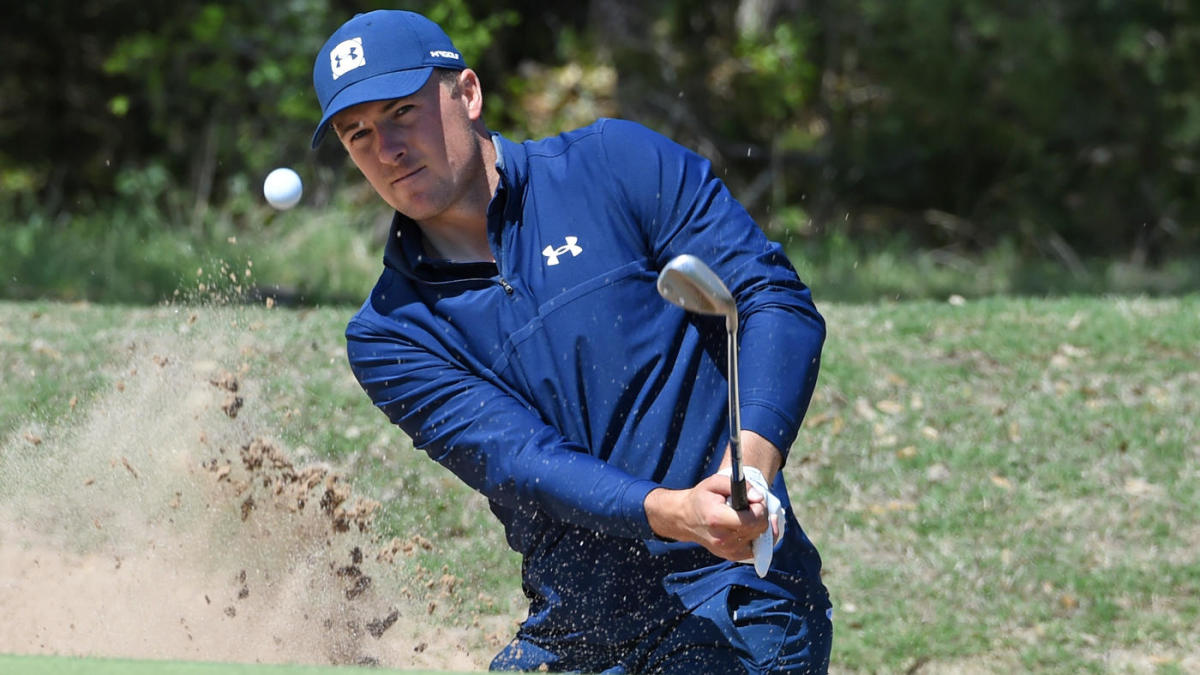 Jordan Spieth appears ready to return to the winner’s circle, but Matt Wallace of England has other ideas.

Spieth (pictured), who hasn’t won since the 2017 Open Championship at Royal Birkdale, and Wallace both posted 5-under-par 67s and are tied for the lead in the Valero Texas Open heading to the final round on the AT&T Oaks Course at TPC San Antonio in San Antonio, Texas.

The course played soft after a rain delay of more than two hours in the morning.

“I hit some really nice shots toward the end of the round, left the ball in the right spots when it was missed and really, I did a great job managing today,” said Spieth, who made five birdies on his last seven holes.

“I didn’t feel like I had great control of the golf ball. Just starting out on the range today I got into some bad habits that I’ve been trying to work my way out of and just thought I really needed to just manage the round well, and kind of let chipping and putting kind of take over. I hit some nice shots near the end of the round.”

Spieth, who has finished in the top 10 in four of his last six events, birdied five of the last seven holes to record a 54-hole total of 12-under 204, which Wallace matched with birdies on the first two holes and three of the last four.

Wallace has won four times on the European Tour, but is seeking his first victory on the PGA Tour.

“I started off lovely and that settles you down,” said Wallace, who played at Jackson State and joined the PGA Tour in 2019. “I felt nervous, but that’s a good thing because we haven’t been in that situation for a while, you know, with fans and being in Jordan’s home state. … I’m very happy with today’s work.”

Charley Hoffman of Poway, who won the 2013 Valero Texas Open, sank a five-foot eagle putt on the 14th hole, finished off his 65 with three straight birdies and is two strokes behind in solo third, followed by third-round leader Cameron Tringale of Mission Viejo, who struggled to a 73 and is four back in fourth.

“I’ve been able to keep the ball in play off the tee, hit some nice iron shots to give myself some chances and then made some putts,” said Hoffman, who must win on Sunday to qualify for the Masters next week. “The putter started heating up and I made a good turnaround from that first day. I finally got the speed of the greens right after leaving them short early.

“I think I like Augusta as much as this place and a really want to get back there, but I have a lot of work to do tomorrow to get there next week, but even if I don’t I feel like I’ll be back there soon.”

Anirban Lahiri of India carded a second straight 69 and is five back in solo fifth, while Tom Hoge finished with five straight birdies on the front nine to total 66 and is six down in a tie for sixth with Gary Woodland, who shot a bogey-free 67, Matt Kuchar and Lucas Glover, who both finished at 70.

Defending champion Corey Conners of Canada collected six birdies, including two on his last three holes, while shooting 67 and is tied for 17th.