Spieth Still 1 Up on Kokrak at Colonial 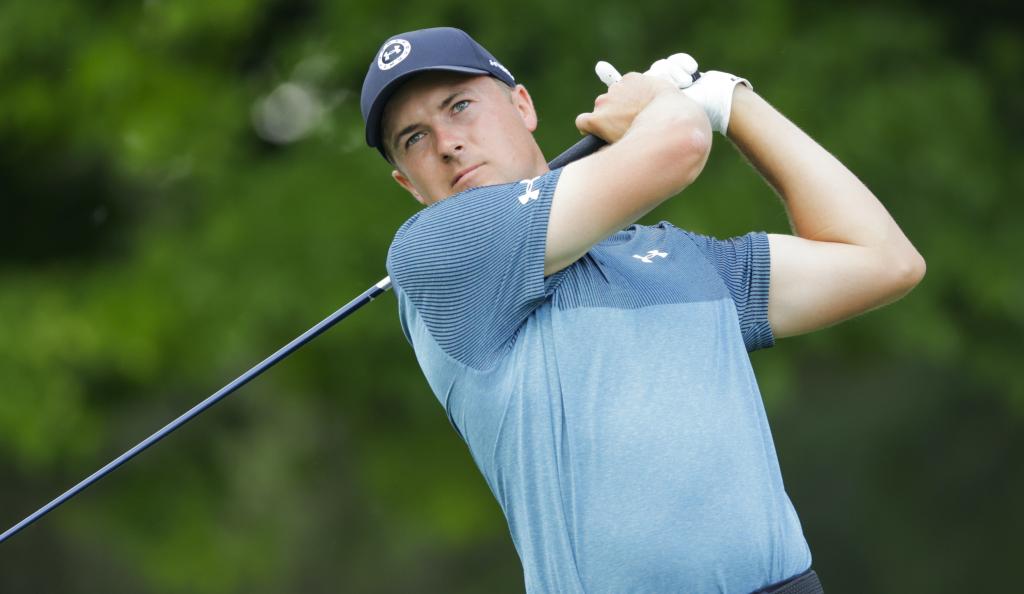 Jordan Spieth and Jason Kokrak finished right where the started at the beginning of the day.

Spieth sank an eight-foot birdie putt on the last hole to cap a 4-under-par 66 and take a one-stroke lead over Kokrak to the final round of the Charles Schwab Challenge at Colonial Country Club in Fort Worth, Texas.

“That was a good roar (after his putt on the 18th hole),” said Dallas native Spieth, who won at Colonial in 2016 and captured the Valero Texas Open last month. “We’ve had normally longer putts that are bigger roars, but that was a nice one. It’s just nice to have (the fans) back. The roars are kind of what makes these tournaments.

“I’ve won here but I’ve had a couple times where I was standing on that fence and watching guys putt on 18 hoping for a miss to get into a playoff. Fortunately I can control my own destiny tomorrow. That’s obviously what you want when you start on Thursday, it’s teeing off Sunday with a chance to control what you can.”

Spieth, who has been on top of the leaderboard since opening with a 63, made his first two bogeys of the tournament on the fifth and eighth holes, but collected three birdies on each nine and recorded a 54-hole score of 15-under 195.

Kokrak, who opened with 65-65, matched Spieth’s 66 by also overcoming two bogeys on the front nine, having started with birdies on the first two holes before making four more in a span of six holes through No. 17.

“I played solid golf on the back nine,” said Kokrak, whose only PGA Tour victory came in the 2020 CJ Cup at Shadow Creek. “I don’t know if I would call it nervy, just a little uncomfortable on the green speed, was just a little off. Missed a couple of putts in the middle of the round that just was speed and different things like that.

“I got off to a good start. A couple miscues in the middle of the round, but got off and running at 12. So I think if I can put the ball in the fairway more often, give myself some short irons into these holes, you know, attack some of these pins, we’ll be in the mix with Jordan tomorrow.”

Sergio Garcia, who has won twice at Colonial and was tied with Spieth after round one, also birdied the first two holes en route to a 66 and is five strokes back in third, while Ian Poulter of England had seven birdies while posting the low score of the day at 64 and is seven down in a tie for fourth with Sebastian Munoz of Colombia, who had two birdies and two bogeys in a 70.

Brendon Todd made four birdies and a bogey before finishing his 67 with nine straight pars and is eight shots behind in a tie for sixth with Erik Compton, who shot 70, and Patton Kizzire, who finished at 71.

Fifth-ranked Collin Morikawa of La Canada Flintridge and Cal is tied for 27th after a 72, while defending champion Daniel Berger, who beat Morikawa in a playoff last year, also totaled 72 and is in a tie for 46th that includes second-ranked Justin Thomas, who came in at 71.