Spieth Leads Kokrak by 1 at Colonial 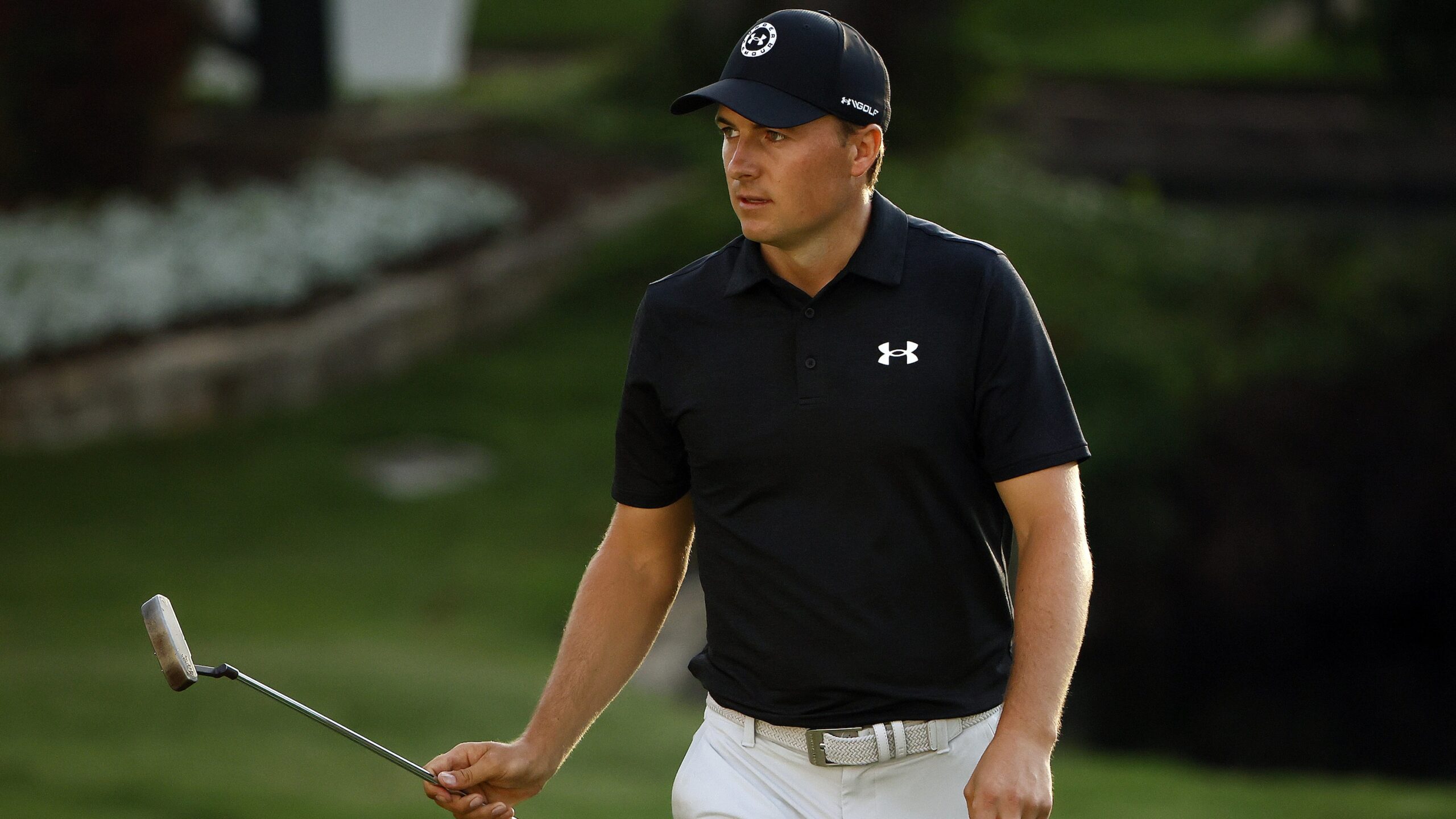 Jordan Spieth has the lead by a nose after two rounds in the Charles Schwab Challenge.

Spieth, who was tied for the lead after round one, holed a 16-foot for par from the fringe while finishing on the ninth hole to cap a 4-under-par 66 and is one stroke ahead of Jason Kokrak midway through the tournament at Colonial Country Club in Fort Worth, Texas.

There was a 2½-hour rain delay in the middle of the round.

“I’m in a good spot at a familiar place,” said Spieth, a Dallas native who won at Colonial in 2016 and also captured the Valero Texas Open last month. “I came out of the rain delay and I made a nice putt on No. 3, and really felt like I had a chance to birdie almost every hole on that front nine and even into the back nine.

“But I didn’t swing it as well (as in the first round). I wasn’t really completing it and it wasn’t feeling great. I knew I was going to kind of have to manage my way around the golf course a little bit, and fortunately did a really great job of that.”

Kokrak, whose only PGA Tour victory came in the 2020 CJ Cup at Shadow Creek, made six birdies that included four coming home on the front nine, where he made his lone bogey at No. 3 in a second straight 65.

“I’m happy with the way I’m hitting the ball,” said Kokrak, who finished third at Colonial last season and said that going to a longer putter has made a difference in his game. “I’m getting a little bit more comfortable on the greens and just giving myself as many opportunities as I can.

“I’m able to stand up a little bit taller, I’m more comfortable and it’s working. And it helps that D-Rob (his caddie) is reading the greens for me. … I’m giving myself a lot of birdie opportunities. If I can eliminate some silly mistakes, the bogeys will vanish.”

Sebastian Munoz of Colombia collected six of his eight birdies on the back nine of a 65 and is three shots back in a tie for third with Patton Kizzire, who sank an 18-foot eagle putt at No. 1 in another 65, and first-round co-leader Sergio Garcia of Spain, who made a six-foot birdie putt at No. 8 while finishing his 69 on the front nine.

Charley Hoffman of Poway rattled off four straight birdies through No. 17 and nine for the day in a 62 that was the low score of the round and is four down in a tie for sixth with Maverick McNealy of Portola Valley and Stanford, who birdied the last three holes for a 66, Adam Hadwin of Canada, who had a bogey-free 67, and Erik Compton, who birdied two of his last three holes for a 68.

Kramer Hickock is five strokes behind in solo 10th after making two birdies and one bogey on each nine for a 68.

Fifth-ranked Collin Morikawa of La Canada Flintridge and Cal, who lost in a playoff at Colonial last year, made a five-foot eagle putt on the first hole in a 66 and is tied for 11th, while defending champion Daniel Berger sank a 24-foot birdie putt on the last hole and is tied for 16th after a 68.

Second-ranked Justin Thomas is tied for 30th after a bogey-free 66, while eighth-ranked Patrick Reed finished at 68-74—142 to miss the cut by one stroke, as did Phil Mickelson, a two-time winner at Colonial who was coming off his sixth major victory in the 103rd PGA Championship, and wound up at 73-69—142.