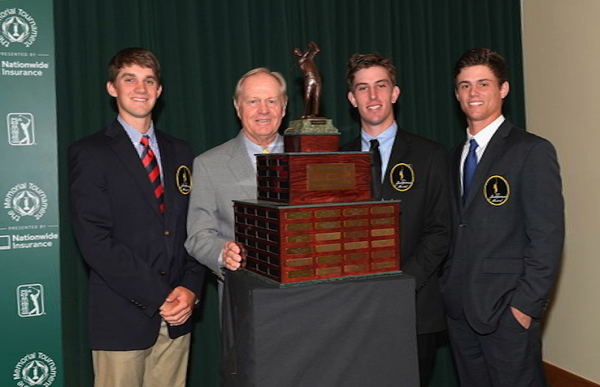 Patrick Rodgers of Stanford capped his brilliant college career by being selected as recipient of the 2014 Jack Nicklaus Award as the best player this season in Division I golf.

Rodgers, a junior from Avon, Ind., received the award from Nicklaus at Muirfield Village Golf Club in Dublin, Ohio, along with the award-winners in four other classifications of college golf.

The 21-year-old Rogers, who will turn pro after finishing his finals at Stanford, won six times this season and tied Tiger Woods’ school record of 11 career victories.

“I’m excited to start my professional career,” said Rodgers, who received an exemption into the 2015 Memorial Tournament along with the award. “I’ll be at the Travelers Championship (June 19-22) for my first (PGA Tour) event. I couldn’t be more excited to get started.”

The awards are sponsored by the Golf Coaches Association of America.