Rocket Mortgage Classic Odds: DeChambeau in a Class By Himself 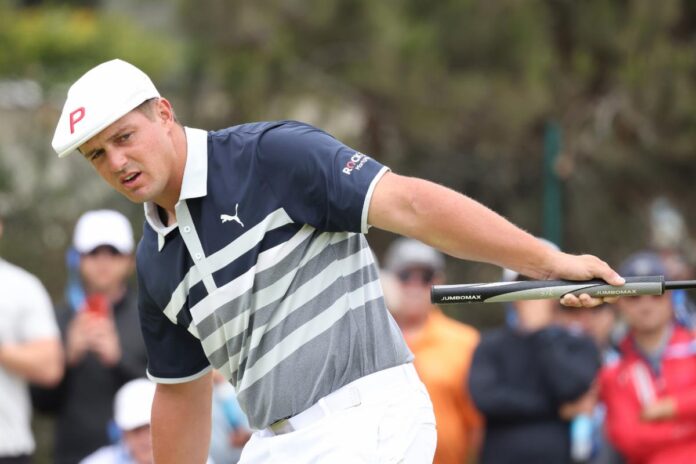 There is an overwhelming favorite coming into this week’s Rocket Mortgage Classic. Bryson DeChambeau is in a class all by himself, at least according to the oddsmakers at BetOnline.ag, where you can wager on the tournament from any state in the U.S.

DeChambeau was dominant at this tournament last year, beating Matthew Wolff by three shots to win the 2020 Rocket Mortgage Classic. He didn’t shoot a round higher than 67 on his way to the championship, and only two other golfers were able to stay within six strokes of DeChambeau.

This will be only the third edition of the Rocket Mortgage Classic. The inaugural tournament was won by Nate Lashley in 2019. Lashley won the event by six strokes with a course record 263, but it was a comparatively weak field.

The 2021 edition of this tournament will be more competitive with Webb Simpson, Patrick Reed, Will Zalatoris and Hideki Matsuyama slated to play. Let’s take a look at the betting odds provided by BetOnline.ag.

Since winning the Masters almost three months ago, Matsuyama has struggled to find his form. Matsuyama has failed to finish better than T23 in his last four tournaments, and he has finished over par in each of his last three events. At the 2020 Rocket Mortgage Classic, Matsuyama earned a respectable T21 finish, but he was 10 strokes behind DeChambeau.

Patrick Reed is a much more intriguing pick because of his recent play. Reed hasn’t won a tournament since claiming the Farmers Insurance Open title in January, but he finished T8 at the Masters, T6 at the Wells Fargo Championship and T5 at the Memorial last month. Reed is ranked eighth in putting on the PGA Tour, and that will serve him well at this course. Additionally, he was one of the six players to finish T5 at the 2019 Rocket Mortgage Classic.

The only other player who currently has odds of less than 20-1 is Webb Simpson. While he has yet to win an event this season, he has five top-10 finishes. Simpson missed the cut at the U.S. Open two weeks ago, but he is sure to compete at this event. He earned a T8 finish at Detroit Golf Club last year.

Bubba Watson is due to win a tournament. Watson hasn’t won an event since claming three titles in 2018, but he has been close a few times this season. He finished T7 three times in a four-tournament stretch in late 2020, and he secured a T8 finish at the Zurich Classic of New Orleans in late April. Watson was tied for the lead entering Sunday at the Travelers Championship last week before finishing over par in his last round en route to a T19 performance.

In 2019, Doc Redman finished runner-up to Nate Lashley at the first Rocket Mortgage Classic. The 23-year-old could be primed to win his first PGA Tour event here this time around. Redman has been in contention at three tournaments thus far this season. He finished T3 at the Safeway Open, T4 at the Bermuda Championship, and T2 at the inaugural Palmetto Championship three weeks ago. That makes the 40-1 longshot a tempting proposition.

DeChambeau is the clear favorite after his dominant performance last year. The 2020 U.S. Open champion drove the ball 10 yards further than any other player at the tournament on average at a little more than 350 yards, and that gave him a huge advantage over the field.

While all eyes will be on DeChambeau, the best play at these prices is Redman so take a shot with the doctor.

*Please click here to view the full field and odds

Place your bets for the Rocket Mortgage Classic at BetOnline.ag! Opening an account is free and you can easily make a deposit using a credit card. Sign up today to take advantage of a 50 percent Welcome Bonus up to $1,000!

—BetOnline is available to U.S. residents in all 50 states.