Reifers Wins by 3 Over Triplett at Pebble 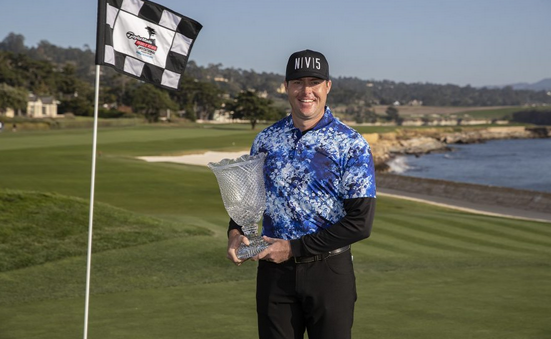 Kyle Reifers pulled away in the final round, shooting 4-under-par 68 to win the 49th TaylorMade Pebble Beach Invitational by three strokes over Kirk Triplett at Pebble Beach Golf Links.

The tournament was played at Pebble Beach, Spyglass Hill and Spanish Bay over the first three days, but only at Pebble in the final round.

The 37-year-old Reifers, whose two previous pro victories include the 2006 Chattanooga Classic on what is now the Korn Ferry Tour, posted a score of 70-68-69-68—275, 13-under, in firm and fast conditions on the Monterey Peninsula.

Because of restrictions in place because of the Coronavirus pandemic, no fans were allowed to attend the event for the first time in the tournament’s history.