Redman Breezes to 67, Leads by 1 on Bermuda 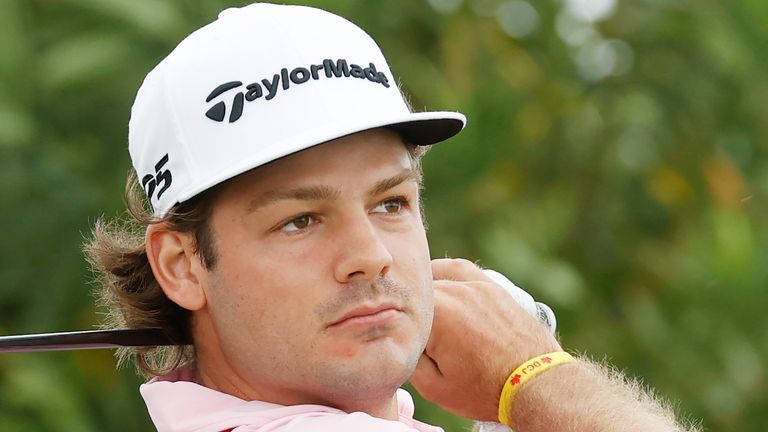 Doc Redman found the breezy conditions suited his game in the third round of the Bermuda Championship.

The 22-year-old Redman posted a 4-under-par 67 and will take a one-stroke lead over Ryan Armour, Wyndham Clark and Kramer Hickock to the final round at Port Royal Golf Course in Southampton, Bermuda.

“It was really windy,” said Redman, who captured the 2017 U.S. Amateur Championship but has never won as a pro. “Especially with this wind, being in the fairways was really nice. And the greens roll great, so if you have looks at it, you can make birdies.

“Whoever plays the best tomorrow wins, and I think I have a good chance of doing that. It’s very exciting to be here. I’ve had a lot of good results recently and it’s just exciting to have a chance.”

Redman, whose best result on the PGA Tour was solo second in the 2019 Rocket Mortgage Classic behind Nate Lashley, birdied three of the first seven holes, made his lone bogey at No. 9 and added two birdies on the back nine to record a 54-hole score of 10-under 203.

Second-round co-leaders Clark and Armour, whose only PGA Tour victory came in the 2018 Sanderson Farms Championship, both shot 70, while Hickock broke 70 for the third straight day with a 69.

Matt Jones of Australia carded a bogey-free 66 that equaled the low score of the day and is two shots back in a tie for fifth with Brian Gay, who eagled No. 17 in a 67, and Ollie Schneiderjans, who made only one bogey in his 69.

Adam Schenk collected six birdies on the front nine in another 66 and is one more down in a tie for eighth with Doug Ghim, who birdied the last hole to finish at 68, and Kiradech Aphibarnrat of Thailand, who also birdied No. 18 to wind up at 69.

Will Zalatoris, the 2020 Korn Ferry Tour points leader who is guaranteed to earn PGA Tour membership this week, eagled the 17th hole in a 67 and is tied for 15th, while three-time major champion Padraig Harrington of Ireland is tied for 24th after a 71.