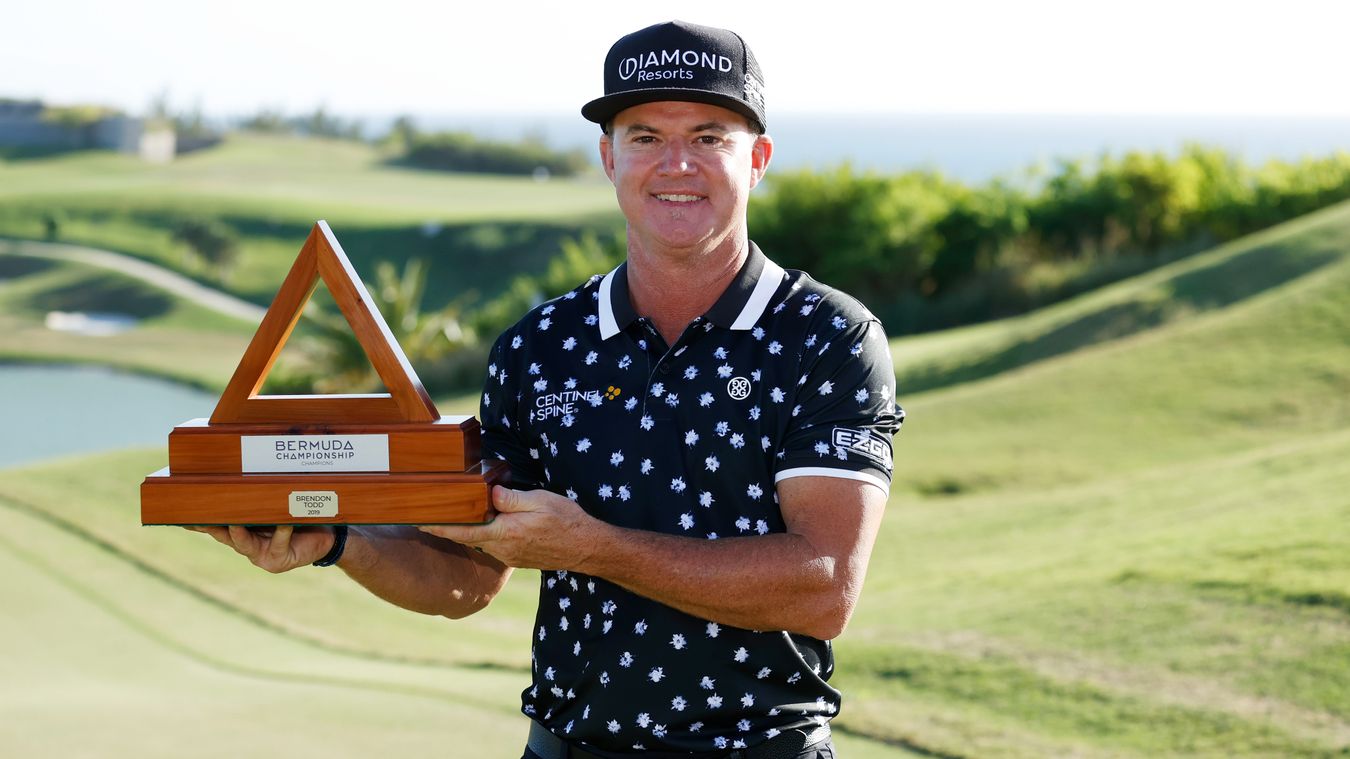 Young guns dominated top of the leaderboard, but veteran Brian Gay stole away with the trophy in the Bermuda Championship.

The 48-year-old Gay made a birdie on the final hole of regulation and another on the first playoff hole to turn back Wyndham Clark at Port Royal Golf Course in Southampton, Bermuda.

“Just kept at it. Crazy game, you never know what’s going to happen. And it’s really hard to believe right now. It’s in the back of your mind. I had good feelings from last year, finishing tied for third, so I was looking forward to coming back. It’s not something you want to think about too much or have over-expectations, but just know that you’re in a good place and just do your thing and have a chance to play well.

“I love Bermuda greens. … It’s not a long golf course. It’s a golf course where I get a lot of short clubs and you can’t really overpower a golf course. It keeps the shorter hitters in the game. Everybody has a chance here.”

Gay collected nine birdies, including five on the back nine, to shoot 7-under-par 64 and catch Clark at 15-under 269.

Clark, 26, who captured the 2017 Pacific 12 Conference Championship while playing at Oregon and was seeking his first pro victory, birdied five of the first seven holes en route to a 65, but missed a 15-foot birdie putt on the final hole that would have made him a winner.

Ollie Schneiderjans eagled the seventh hole in a 66 to finish two strokes back in solo third, while Stewart Cink, who won the Safeway Open to start the new season, carded a bogey-free 64 to finish three back in a tie for fourth with Denny McCarthy, whose bogey-free 63 was low score of the day, Matt Jones of Australia, who birded the last two holes for a 67, and 54-hole leader Doc Redman, who closed with a 69.

David Hearn of Canada totaled 66 and was one more down in a tie for eighth with Ryan Armour and Kramer Hickock, who both wound up at 69.

Will Zalatoris, the 2020 Korn Ferry Tour points leader, shot 68 and earned special temporary membership on the PGA Tour with a tie for 16th, while three-time major champion Padraig Harrington of Ireland tied for 26th after a 69.