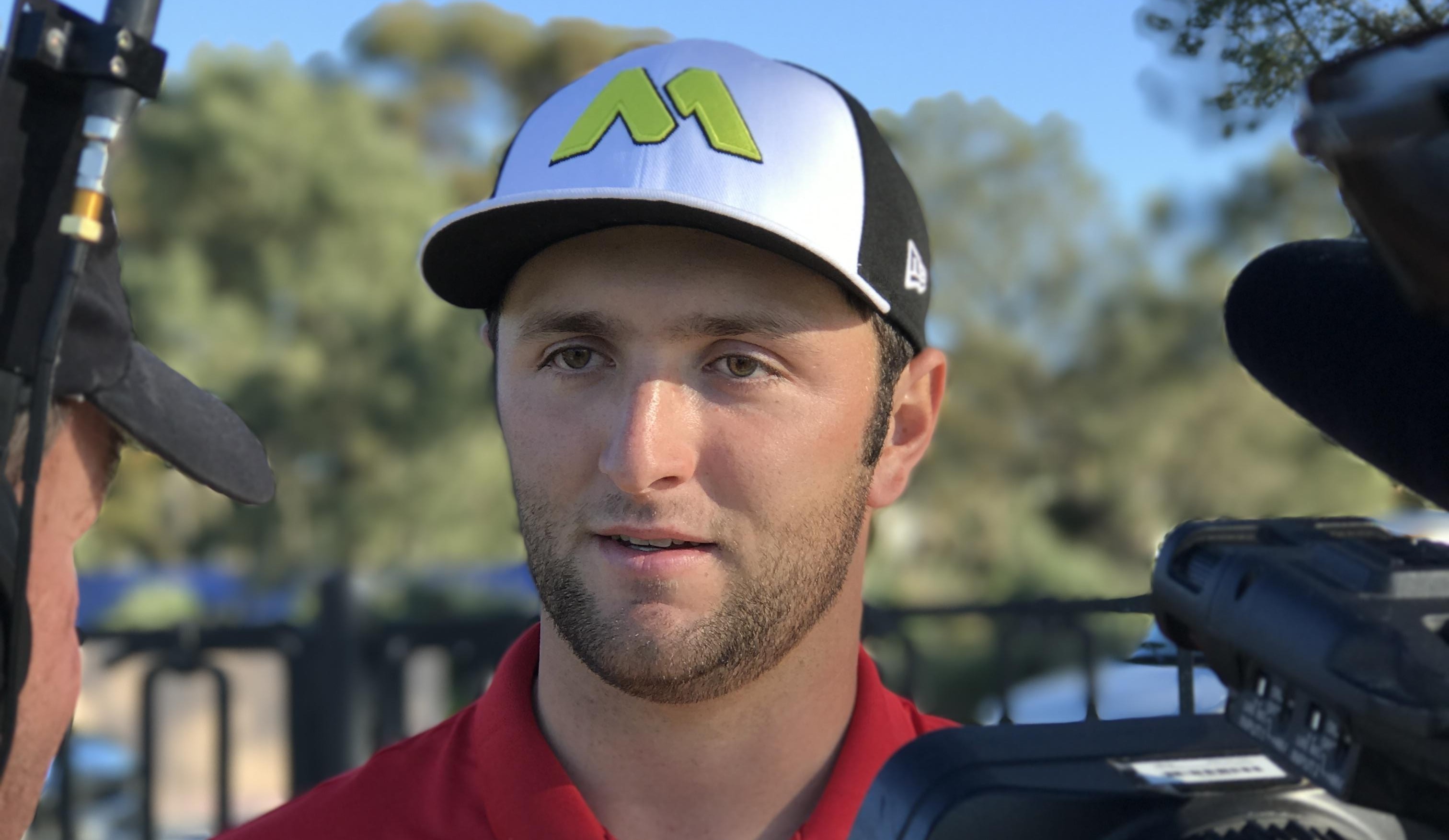 When Jon Rahm of Spain earned his PGA Tour card in four events last year after graduating from Arizona State, he was touted as a rising star.

Rahm, in his 12th start as a pro, arrived on Sunday in the final round of the Farmers Insurance Open when he made two eagles on the back nine while shooting 7-under-par 65 to beat Charles Howell III and C.T. Pan of Taiwan by three strokes on the South Course at Torrey Pines Golf Course in La Jolla.

“I really can’t explain what went through my mind,” said Rahm, who sank a 19-foot eagle putt on the 13th hole and a 60-footer from the fringe on the 18th for another eagle to finish with a total of 13-under 275. “I’m just starting on the PGA Tour and this is only the third time I’ve had a chance to win. It’s just happening a little too quick.

“My caddie and I had different ideas on the putt (on the final hole), so I just kind of split the difference. It just kept its line all the way and was great when it went in. It’s such a great feeling.”

Rahm became the first player to win the tournament with an eagle on the last hole since Tiger Woods in 1999, and joined Jose Maria Olazabal, who claimed the trophy in 2004, as the only Spaniards to win at Torrey Pines.

Howell holed a 64-foot eagle putt on the 13th and a seven footer for birdie on the final hole to shoot 67 to tie for second with Pan, who made three straight birdies through No. 10 and was tied for the lead before finishing his 70 with eight consecutive pars.

Patrick Rodgers of Stanford also was tied for the lead on the back nine before making three bogeys down the stretch and wound up with a 72 that left him four shots back in a tie for fourth with Olympic gold medalist Justin Rose of England, who had a 70, Keegan Bradley, who posted a 67, Pat Perez of San Diego, who recorded a 70, and Tony Finau, who came in with a 71.

Defending champion Brandt Snedeker faded with a 73 and was another stroke back in a tie for ninth with J.J. Spaun of Newport Beach and San Diego State, who carded a 70, Brian Harman, who shot 68, Ollie Schneiderjans, who finished at 71, and Robert Streb, who also had a 71.

Hometown favorite Phil Mickelson, who won this tournament three times, closed with a 70 and was six shots back in a tie for 14th.