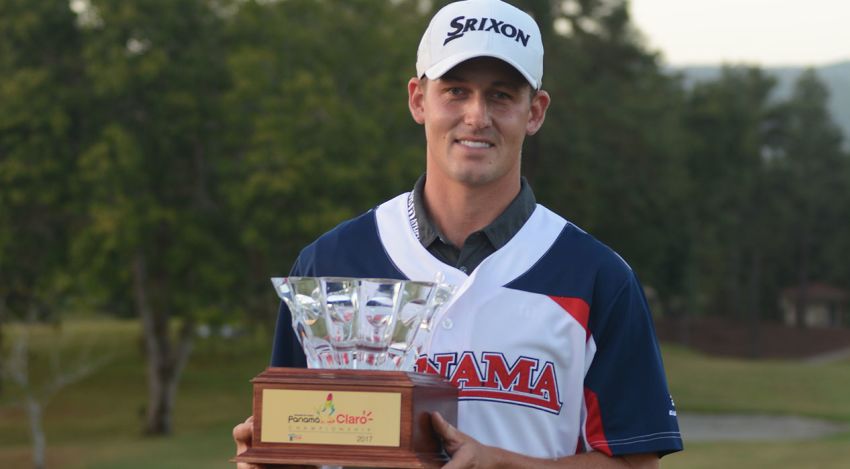 The 28-year-old Putnam, a three-time All-American at Pepperdine, led most of the way after opening with a 6-under-par 64 and closed with a 68, but Baker caught him at 13-under 267 with his third 66 of the tournament.

On the extra hole, Baker missed a 30-foot birdie putt before Putnam holed the winner.

“I’ve played this hole probably 15-to-20 times in my career, so I know what to do,” said Putnam, whose only other pro victory came in the 2014 WNB Classic, also on the Web.com Tour.

“The second shot wasn’t the easiest with the ball below my feet. I told Brando (my caddie) that I felt like it was going to squirt right a little bit. I kind of got lucky that it grabbed part of the green and I made a pretty good putt.”

Putnam, who took the lead on the Web.com Tour money list, has finished in the top 10 three times in four starts this season and tied for 11th in the other.

Baker took the lead momentarily with a six-foot birdie putt on the 16th hole, but Putnam moved back into a tie minutes later with 20-foot birdie on the same hole, and they both finished with two pars.

Sam Ryder finished two strokes back in third after a 68, followed two strokes further back by Abraham Ancer of Mexico, who shot 67, while Conrad Schindler carded a 65 to wind up five strokes down in a tie for fifth with Jonathan Byrd and Keith Mitchell, who both had 66s, and Willy Wilcox, who came in at 69.

Jason Gore of Valencia and Pepperdine posted a 69 and tied for 14th.