DJ is No. 1 at Riviera and in the world 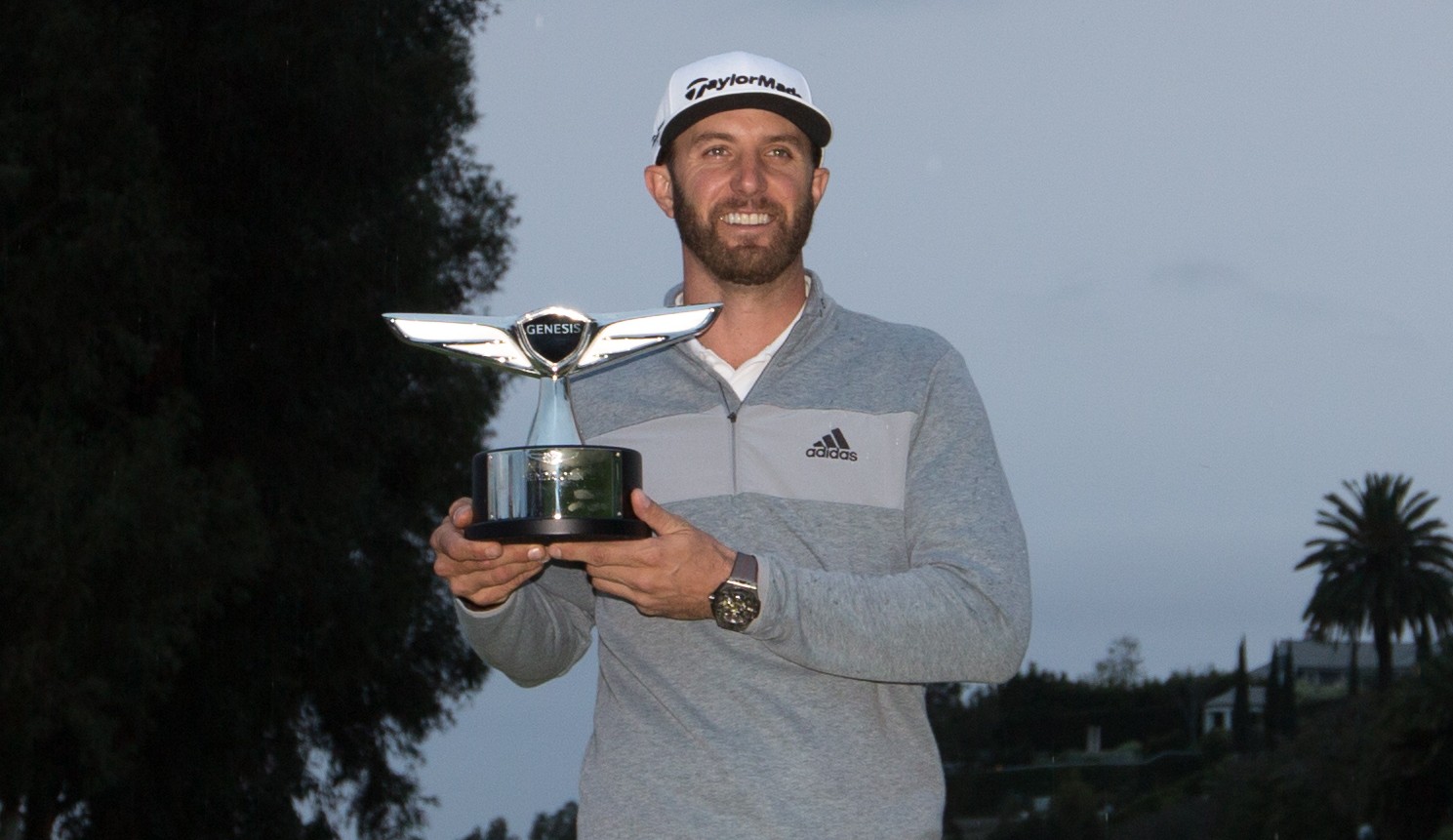 Dustin Johnson finally wound up atop the leaderboard at Riviera Country Club and it put him on top of the world.

DJ, who finished in the top four on five occasions without winning the Los Angeles-area event on the PGA Tour, played brilliantly through most of 36 holes on Sunday to win the rain-plagued Genesis Open by five strokes over Thomas Pieters of Belgium and Scott Brown.

The 32-year-old Johnson, reigning U.S. Open champion, shot 7-under-par 64 in the third round before closing with a 71 to wind up at 17-under 267 and took the No. 1 spot in the Official World Golf Ranking from Jason Day of Australia.

“Growing up in South Carolina, I just wanted to play on the PGA Tour, I never dreamed of being No. 1 in the world,” said Johnson, who joined Jack Nicklaus and Tiger Woods as the only players to win in each of their first 10 seasons on the PGA Tour. “Once I got inside the top 10, I knew it was do-able. I want to stay there, but the guys are so good out here, I have to keep working hard and keep winning.

” … I played some really good golf this week, went 49 holes or whatever without a bogey. I had a new driver and was really driving the ball well all week, and obviously I was putting really well. I knew I had a big lead and just had to avoid the big mistake. I did that even though I made some bogeys down the stretch.

Pieters, who has won three times on the European Tour and was a standout in the Ryder Cup for Europe last year at Hazeltine, shot a bogey-free 63, while Brown, whose only PGA Tour victory came in the 2013 Puerto Rico Open, finished at 67.

Olympic gold medalist Justin Rose of England shot 68 and was six shots back in a tie for fourth with Charley Hoffman of Poway, who totaled 67, Kevin Na of Diamond Bar, who had a 70, and rookie Wesley Bryan, who came in at 72.

Cameron Tringale of Laguna Niguel posted a 70 and was seven down in a tie for eighth with Martin Laird of Scotland, who carded a 67, and Ollie Schneiderjans, who wound up at 68.

Jordan Spieth, who won last week at Pebble Beach, tied for 22nd with a 69, two-time Riviera winner Phil Mickelson tied for 34th after another 69, and Day gave up his No. 1 ranking by tying for 64th with a 71.