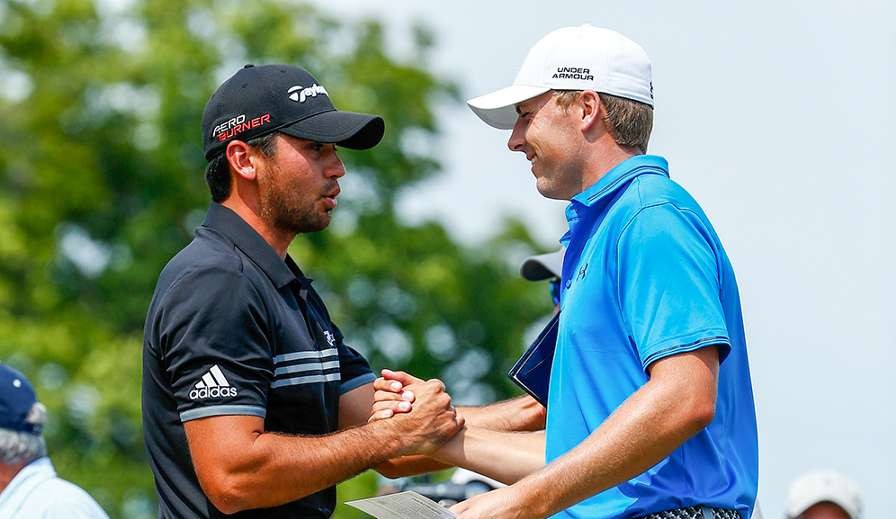 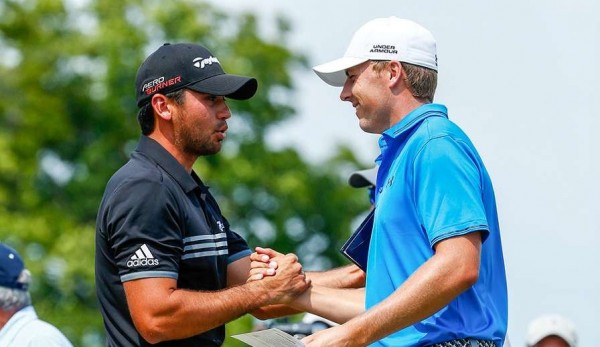 The Presidents Cup needs something to make even hardcore golf fans care about the other biennial team event in the men’s game. You know, the one that’s played in the years the Ryder Cup is not.

It just might happen when the matches are played for the 11th time next week at Jack Nicklaus Golf Club-Korea in Incheon City, South Korea.

Everyone wants to see if Jason Day of Australia and Jordan Spieth of the United States, which has owned this competition, can keep playing the way they have been this season.

And why not head-to-head in match play, say in Sunday singles with the Cup on the line?

“Yeah, (I) might play against Jason,” Spieth said when asked about it recently. “I guess we’ll see how it goes. But sure, yeah. I’m up for any opportunity.”

Spieth claimed five victories this season, including the Masters and U.S. Open, and finished it off last week by winning the Tour Championship to claim the FedEx Cup and reclaim the No. 1 spot in the World Golf Rankings from Day–who slipped to No. 2.

The Aussie had dominated recently, with four victories in six tournaments, including his first major title in the PGA Championship and two in the playoffs, to also give him five wins this season.

However, this is different, and they know it.

“When you see the (American) flag to up, you know what it means,” said Spieth, who played in the Presidents Cup two years ago and the Ryder Cup last season.

Speaking of the Ryder Cup, even it had identity problems until the late Seve Ballesteros of Spain came along and ticked off the Americans with his gamesmanship, but more importantly as Sir Nick Faldo of England has pointed out, Ballesteros taught the Euros they could beat the Americans.

The United States still leads that competition, 25-13-2, but the Europeans have won six of the last seven and eight of the last 10 in what has become the most passionate event in golf.

The Solheim Cup has been fairly competitive albeit with a feminine touch, with the U.S. leading the Europeans, 9-5, but those matches might have reached a watershed moment two weeks ago when ultra-competitive Suzann Pettersen of Norway ignited a controversy at Golf Club St. Leon-Rot in Germany.

Pettersen and fourball teammate Charley Hull of England were walking off the 17th green when rookie Alison Lee of the U.S. picked up her golf ball, which was about 18 inches from the hole.

The Euros, read mostly Pettersen, insisted the short putt had not been conceded, and Europe was awarded the hole and won the match to take a 10-6 lead.

The Americans were incensed, claiming the spirit of sportsmanship had been violated, and thus inspired won eight of the 12 singles matches and halved another to claim an unlikely 14 1/2-13 1/2 victory.

Even though Pettersen apologized the next day, there are those who are saying the Solheim Cup will never be the same.

Captain Nick Price of Zimbabwe and the International team successfully lobbied for the number of matches to be cut from 34 to 30, because the more points available seemed to mean the supposedly deeper U.S. team had an advantage.

What the Presidents Cup really needs is for the International team to start winning.

“It’s been a while since we won and in my career I want to be able to say I won at least one of these,” Day said recently.

As noted, winning is something he and Spieth have done a lot of the season, in which they unquestionably have been the best players in the world.

Spieth owned the first half of the year, coming close to becoming the first player to win the Grand Slam in a single season. After winning the Masters and U.S. Open, he tied for fourth in the Open Championship, finishing one stroke out of the playoff won by Zach Johnson, and finished second in the PGA Championship behind Day.

The 22-year-old also captured the Valspar Championship and the John Deere Classic, finishing in the top 10 on 15 occasions on the PGA Tour.

Then Day, who won the Farmers Insurance Open early in the year, took over by claiming the PGA, the RBC Canadian Open and The Barclays and the BMW Championship during the FedEx Cup playoffs.

“I would absolutely love having the chance to play against Jordan in the singles,” Day said of the Presidents Cup. “There would be a lot of pressure, so I think that would be very exciting.

“I think both of us would love it. We both want to win so bad. We are good friends and we enjoy playing against each other, so I think it would be a good fight.”

And it might be exactly what the Presidents Cup needs.