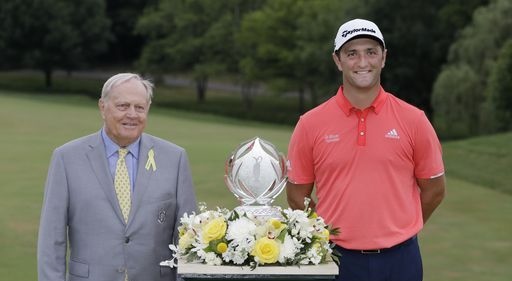 Three days after the Memorial Day holiday, a number of the best players on the PGA Tour will tee it up in the Memorial Tournament this week in homage to tournament host Jack Nicklaus, who has retooled his course at Muirfield Golf Club in Dublin, Ohio.

Nicklaus, who designed the course that opened in 1974, has always tinkered with his course, tightening the fairways, adding of altering the bunkers and adding yardage as players continue the hit the ball farther than ever.

“He was starting to feel the course was not defending itself like it used to,” Jack Nicklaus II, who works with his father, said of the latest facelift. “It’s a new golf course.”

During the renovation, all 18 greens were stripped and rebuilt with new contours, which means even the golfers who have played Muirfield Village often were starting from scratch at the beginning of this week.

In addition, Nicklaus lengthened the course by 3,000 yards to about 7,600 in reaction to the golf clubs and balls that have created the increased distance.

“The guys are hitting it so far,” Nicklaus II said. “You take Bryson DeChambeau (who won the Memorial at Muirfield in 2018). He hit it off the first tee over the corner and had a 60-yard pitch to the green on a 440-yard hole.”

“We’ve always been fighting soft greens. Now we really will have to work to keep them soft enough, and that will completely change how the golf course plays. Firmer greens really is the biggest change.”

Nicklaus moved several bunkers farther down the fairway and relocated the greens on hole Nos. 3, 4, 5, 7, 10, 11 and 15, which also have been reworked with tricky contours, so the course figures to be more difficult from tee through the green.

And under those greens, the round granules of sand under the putting surfaces were replaced by angulated grains that bind better and reduce drainage, which means firmer greens.

In addition to Rahm, DeChambeau and Cantlay, other former Memorial champions in the field include Jason Dufner and William McGirt.

It will be interesting to see if they have any recognition of the Muirfield Village course they won on.