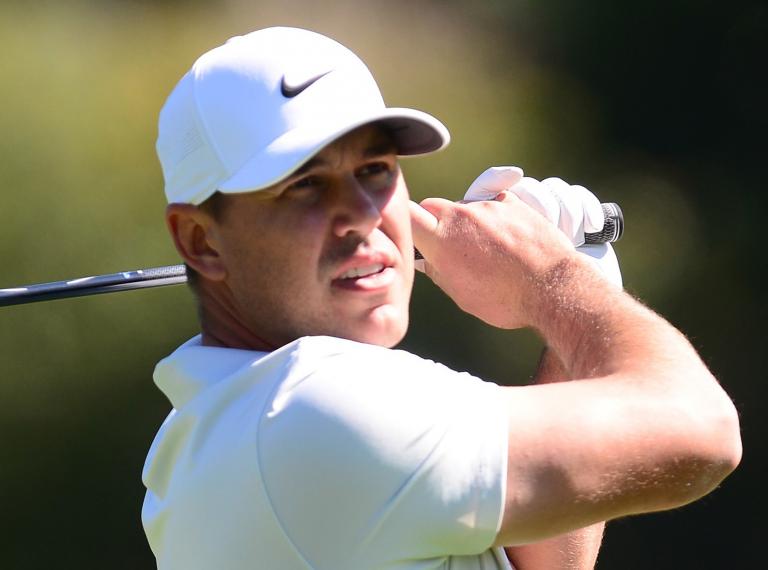 The PGA Tour’s new season heads to Las Vegas, and in fact, will be there for two weeks.

The Shriners Children’s Open, third event of the 2021-22 season, will start Thursday at TPC Summerlin followed next week by the CJ Cup @ Summit at the Summit Club, both courses within the Las Vegas city limits.

“To host two tournaments back-to-back just proves yet again what a great destination Las Vegas is,” said Executive Director Patrick Lindsey of the Shriners Open. “Vegas used to be all about the city of entertainment, and the resorts and the gaming, but now there’s a sports theme that has been thrust into the city.

“I believe NASCAR and the PGA Tour helped lead the way years ago, and then the Knights (of the National Hockey League) brought additional attention to it and now the (former Oakland) Raiders are bringing even more attention. Golf just adds to all of the excitement.”

This is only the third time since 1976 that the PGA Tour is hosting tournaments in the same city for consecutive weeks, two of them last year when the Shriners and CJ Cup also were played in Las Vegas, and the Workday Charity Open and the Memorial were played at Jack Nicklaus’ Muirfield Village Golf Club in Dublin, Ohio, because of the Coronavirus pandemic.

Two-time Shriners champion Kevin Na of Diamond Bar was forced to withdraw from the tournament on Tuesday because of a rib injury.

Last year, Laird broke a seven-year non-winning streak by sinking a 23-foot birdie putt on the second playoff hole to turn back Austin Cook and Matthew Wolff of Agoura Hills. Laird also won the tournament in 2009.

“I love it here,” Laird said after winning last season for the first time since the 2013 Valero Texas Open. “I’ve got to say they were nice enough because I needed a sponsor’s exemption to get into the tournament this week, so big thank you to Shriners for giving me that spot.

“It’s amazing. You know, I love this place. I’ve played well here. Always enjoy coming back here. This is such a great tournament, it really is. I knew with the PGA Tour being in town here in Vegas for a couple weeks it was going to be a strong field.

“I was so grateful to get a spot and have a chance to play. Obviously, to come away with the win makes it so much more special. I’m really going to enjoy this one.”

The Shriners started out as the Panasonic Las Vegas Pro Celebrity Classic in 1983, when it was won by Fuzzy Zoeller.

1. Brooks Koepka, United States – The ninth-ranked Koepka is coming off a 2-2 performance in helping the U.S. regain the Ryder Cup, beating Bernd Wiesberger of Austria in singles. He’s coming off a season in which he won the WM Phoenix Open and had eight top-10 finishes. He makes his sixth start in the Shriners, finishing second in 2016 and tying for fourth in 2014.

2. Louis Oosthuizen, South Africa – The eighth-ranked Oosthuizen has won 14 times as a pro, but his only PGA Tour victory came in the 2010 Open Championship at St. Andrews. He has come close often in the U.S., especially when he finished second four times last season among eight top-10 results. He tied for 19th in his only Shriners start last year, closing with 64.

3. Sam Burns, United States – Claimed his second PGA Tour victory last week in the Sanderson Farms, also having won the Valspar Championship among eight top-10 finishes and 13 in the top 25 last season. Burns, who also won the 2018 Savannah Championship on the Korn Ferry Tour, is making his fifth appearance in the Shriners and his best finish was a tie for 20th in 2017.

4. Viktor Hovland, Norway – Posted a 0-3-2 record in the Ryder Cup, the only European to player in all five sessions, tying with Collin Morikawa in singles as the Americans regained the Cup. Hovland won the 2020 Puerto Rico Open and the 2021 Mayakoba Classic among three pro victories and finished fifth in the FedEx Cup standings. He’s making his debut in the Shriners.

5. Scottie Scheffler, United States – Recorded a 2-0-1 record to help the U.S. regain the Ryder Cup, upsetting top-ranked Jon Rahm of Spain in singles. Scheffler, who has two victories on the Korn Ferry Tour, has yet to win on the PGA Tour, but has 15 top-10 results and 29 in the top 25 the last two seasons. He tied for 74th and missed the cut in the Shriners the last two seasons.

6. Abraham Ancer, Mexico – Claimed his first PGA Tour victory last season in the WGC-FedEx St. Jude Classic, and has two other titles as a pro, while posting nine top-10 finishes and 18 in the top 25 in 2020-21. Makes sixth start in the Shriners and his best results were fourth last year and a tie for fourth in 2018, carding eight scores in the 60s in those two tournaments.

7. Hideki Matsuyama, Japan – The reigning Masters champion opened the new season with a tie for sixth in the Fortinet Championship, closing with a 66. Matsuyama, who has six victories on the PGA Tour among 15 as a pro, also was second twice last season among 10 top-25 results. He is playing in the Shriners for the fourth time, tying for 10th in 2014 and tied for 16th in 2019.

8. Sungjae Im, South Korea – Claimed his first PGA Tour victory in the 2020 Honda Classic, his fourth pro title, and last season had five top-10 finishes and 16 in the top 20, including a tie for second in the 2020 Masters. Started the new season with a tie for 31st in the Sanderson Farms. Im tied for 13th in the Shriners last season and tied for 15th three seasons ago.

9. Will Zalatoris, United States – The 2020-21 PGA Tour Rookie of the Year opened the new season with a tie for 11th in the Fortinet and a tie for 14th in the Sanderson Farms. Zalatoris, who won the 2020 Colorado Championship on the Korn Ferry Tour, had eight top-10 finishes, including second in the Masters and a tie for eighth in the PGA. Also tied for fourth in Shriners.

10. Webb Simpson, United States – The 2012 U.S. Open champion claimed the last two of his seven PGA Tour victories in the WM Phoenix Open and the RBC Heritage in 2020, but had six top-10 finishes and 13 in the top 25 last season. Simpson is making 11th start in the Shriners and has four results in the top 10 and seven in the top 25, including a six-stroke victory in 2014.

3. Stephen Jaeger, Germany – Six-time winner on the Korn Ferry Tour was T-26 in Sanderson Farms after closing with a 70. Also T-20 in 2017 Shriners despite a 76 in the third round.

4. Hayden Buckley, United States – Twice a winner on lower tours, Buckley finished T-4 in Sanderson Farms last week after opening with 67-65 and playing the weekend in 70-66.