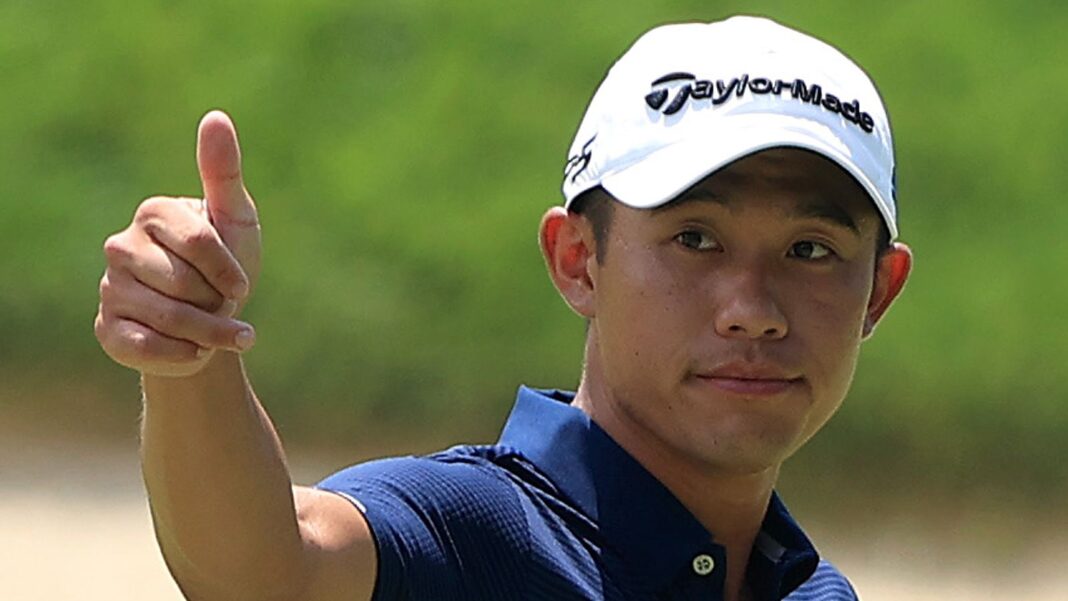 The PGA Tour moves about only 10 minutes away in Las Vegas for the CJ Cup at The Summit Club after Sungjae Im of South Korea put on a stellar performance on Sunday to capture the Shriners Children’s Open at TPC Summerlin.

Even though there was a solid field for the Shriners, this one will be even better as 17 players who competed in the recent Ryder Cup will be on hand for the tournament, which last year was contested at Shadow Creek Golf Club, also in Las Vegas.

From the winning United States team, there will be Justin Thomas, Dustin Johnson, Xander Schauffele, Tony Finau, Harris English, Jordan Spieth, Scottie Scheffler, Collin Morikawa and Brooks Koepka, while from the European side will be Tyrrell Hatton of England, Rory McIlroy of Northern Ireland, Viktor Hovland of Norway, Tommy Fleetwood of England, Shane Lowry of Ireland, Paul Casey of England, Sergio Garcia of Spain and Ian Poulter of England.

“It’s nice to sleep in my own bed and to be at Summit,” said Morikawa, who lives in Las Vegas and is a member at The Summit. “It’s kind of unique. I don’t think I’ve ever played a tournament on a home, home course. I’m not sure how I’m really going to go into this week just mentally about that, but I have to remember that this is still a tournament, this is the start of a new season and I’ve got to be ready by Thursday just like every other week.

Only 78 golfers qualified for this limited field event, most of them from the PGA Tour, while star players from the Korean PGA Tour and Asian Tour received sponsor’s exemptions. Because of the number of golfers, there will be no cut.

The CJ Cup was first played in 2017 at Nine Bridges Golf Course on Jeju Island in South Korea, where Thomas defeated Leishman in a playoff. Koepka won the following year and Thomas took home his second title in the event in 2019.

The tournament was moved to Shadow Creek last year because of the Coronavirus pandemic, with Kokrak claiming his first PGA Tour title by two strokes over Schauffele.

Tournament officials hope to move the tournament back to Nine Bridges when Covid-19 travel restrictions and local mandates are eased.

1. Collin Morikawa, United States – Playing at home after a 3-0-1 performance at the Ryder Cup make the third-ranked Morikawa a threat to claim his sixth PGA Tour victory. He has won twice this year, including the Open Championship at Royal St. George’s, and his two wins in 2020 included the PGA Championship at TPC Harding Park. Tied for 12th in CJ Cup last year.

2. Dustin Johnson, United States – Coming off a 5-0-0 record to lead the U.S. victory in the Ryder Cup, the second-ranked Johnson has a chance to regain the No. 1 spot from Jon Rahm of Spain with a victory in the CJ Cup. DJ has 24 PGA Tour victories, the last coming in the 2020 Masters. He was forced to withdraw from the CJ Cup last year after a positive Covid-19 test.

3. Marc Leishman, Australia – Has gotten off to a fast start in the first two weeks of the new season with a tie for fourth in the Fortinet Championship and a tie for third in the Shriners Children’s Open. Leishman has six PGA Tour victories and 12 as a pro, just missing another when he lost to Justin Thomas in a playoff in the inaugural CJ Cup at Jeju Island in 2017.

4. Justin Thomas, United States – The sixth ranked Thomas has won two of the four CJ Cups that have been contested, in 2017 and 2019 at Jeju Island in South Korea, and he tied for 12th last year at Shadow Creek in Las Vegas. JT claimed his 14th PGA Tour victory earlier this year in the Players Championship. Thomas had a 2-1-1 record to help the U.S. regain the Ryder Cup.

5. Louis Oosthuizen, South Africa – The eighth-ranked Oosthuizen started the season with a tie for 14th in the Shriners Children’s Open, posting four rounds in the 60s. He has won 14 times as a pro, but his only PGA Tour victory came in the 2010 Open Championship at St. Andrews, and he was second four times last season. Has not cracked the top 25 in two starts in the CJ Cup.

6. Xander Schauffele, United States – Won the Olympic Gold Medal in Japan and also posted a 3-1 record to help the United States regain the Ryder Cup. Schauffele didn’t add to his four PGA Tour victories last season, but he came close by finishing second on three occasions. One of those came when he finished two strokes behind Marc Leishman in the CJ Cup at Shadow Creek.

7. Sungjae Im, South Korea – Claimed his second PGA Tour victory and sixth as a pro by four strokes last week in the Shriners Children’s Open by four strokes over Matthew Wolff with a ball-striking clinic, opening with a 62 and closing with a 63. He also tied for 31st in the Fortinet Championship. Im has played in the CJ Cup three times but has not finished in the top 35.

8. Tyrell Hatton, England – Will try to bounce back from a 1-2-1 record in the Ryder Cup, including a singles loss to Justin Thomas. Hatton has 10 times won as a pro, but the only one on the PGA Tour came in the 2020 Arnold Palmer Invitational. Has played in the CJ Cup three times previously, tying for third last year, tying for sixth in 2019 and tying for 14th in 2018.

9. Rory McIlroy, Northern Ireland – Will try to build on his singles victory over Xander Schauffele in the Ryder Cup, when he had a disappointing 1-3 record. McIlroy added to his 28 pro victories, 19 on the PGA Tour, by winning the Wells Fargo Championship for the third time last season. Rory played in the CJ Cup for the first time last year and finished in a tie for 21st.

10. Tony Finau, United States – Posted a 1-2 record in the Ryder Cup, losing his Sunday singles match to Ian Poulter. Finau claimed his second PGA Tour victory last season in The Northern Trust to open the playoffs and also finished second in the Genesis Invitational and the Farmers Insurance Open. Tied for 26th in his only appearance in the CJ Cup in 2017 in South Korea.

1. Erik van Rooyen, South Africa – Claimed his first PGA Tour victory, and fourth as a pro last year in the opposite field Barracuda Championship. Is making his first appearance in the CJ Cup.

2. Tom Hoge, United States – Two-time winner as a professional tied for 14th last week in the Shriners Children’s Open. Hoge finished T-38 in his only start in the CJ Cup last season.

5. Rasmus Hojgaard, Denmark – The 20-year-old Hojgaard is a three-time winner on European Tour, including 2021 Omega European Masters. Making his first appearance in the CJ Cup.