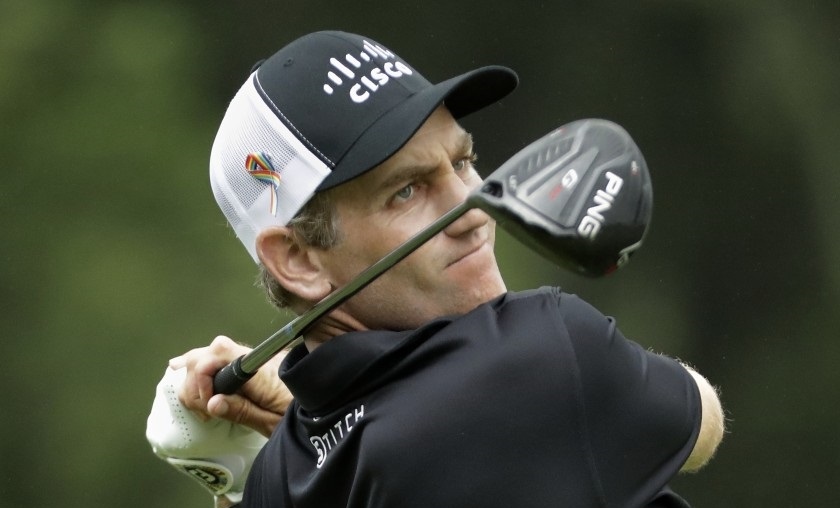 With most of the very best golfers in the world staying home, the Bermuda Championship this week at Port Royal Golf Course in Southampton, Bermuda, is another chance for players on the rise to make a name for themselves.

That’s exactly what Brendon Todd did last year, when he won the inaugural Bermuda event for his first PGA Tour victory in five years, and then followed it up two weeks later by winning the Mayakoba Golf Classic.

Todd (pictured) was trying to become the first player since Tiger Woods to win three consecutive PGA Tour starts when he took a two-stroke lead into the final round of the RSM Classic, but faded to fourth at Sea Island, Ga.

“I will always be the first Bermuda champion, and that is still awesome to say,” said the 35-year-old Todd, whose only other PGA Tour victory came in the 2014 HP Byron Nelson Championship.

“I tell people how beautiful Bermuda is. It’s an amazing island that’s not difficult to get to. Really, it’s a special place. I’m excited to return to Port Royal Golf Course for another great week.”

Todd flirted with a 59 in the final round at Port Royal Golf Course before setting the course record 9-under-par 62 to win by four strokes over Harry Higgs. He also shot 63 in the second round and finished the tournament at 24-under 260.

After slumping for several years, Todd considered giving up the game.

“A year ago, I wasn’t sure if I was going to keep playing, so it was really special to get this win,” said Todd, who missed the cut in 37-of-40 PGA Tour starts through September of 2018.

“ … I’ve definitely felt like a new sense of respect and camaraderie with the better players that I didn’t have before, even during my previous good play.”

Todd didn’t come close to winning the rest of the season, but continued to play well with 11 finishes in the top 25, including a tie for eighth in the BMW Championship and a tie for 20th in the Tour Championship to wind up 20th in the FedEx Cup standings.

And he has continued to play solid golf, tying for 23rd last month in the U.S. Open at Winged Foot.

Todd, who claimed four other pro victories on lower tours, will defend his title against a field that includes major champions Henrik Stenson of Sweden, Padraig Harrington of Ireland, Danny Willett of England, Jason Dufner, Luke Donald of England and Stewart Cink—who captured the Safeway Open to start the new season last month.

Tournament officials and the Bermuda Tourism Authority announced a few weeks ago that the Bermuda Championship will be the first PGA Tour event since March to welcome general admission spectators.

Since the return in June following the shutdown caused by the Coronavirus pandemic, 21 events have been played without fans on-site, but the PGA Tour and the Bermuda government reached an agreement for a limited number of spectators to be allowed on the course each day.