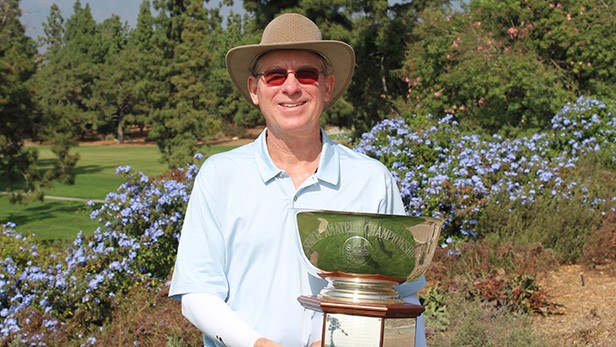 In addition, Davis wrapped up the SCGA Senior Player of the Year award.

Davis, who broke the record set by John Olive for winning the SCGA Senior Amateur from 2001-03, was tied for the lead with five other players when he reached the 16th tee.

Then Davis, who played college golf at Arizona, birdied the 16th and 17th holes to take sole possession of the lead and closed with a par to claim the title again with a 54-hole score of 74-73-72—219, 3-over-par.