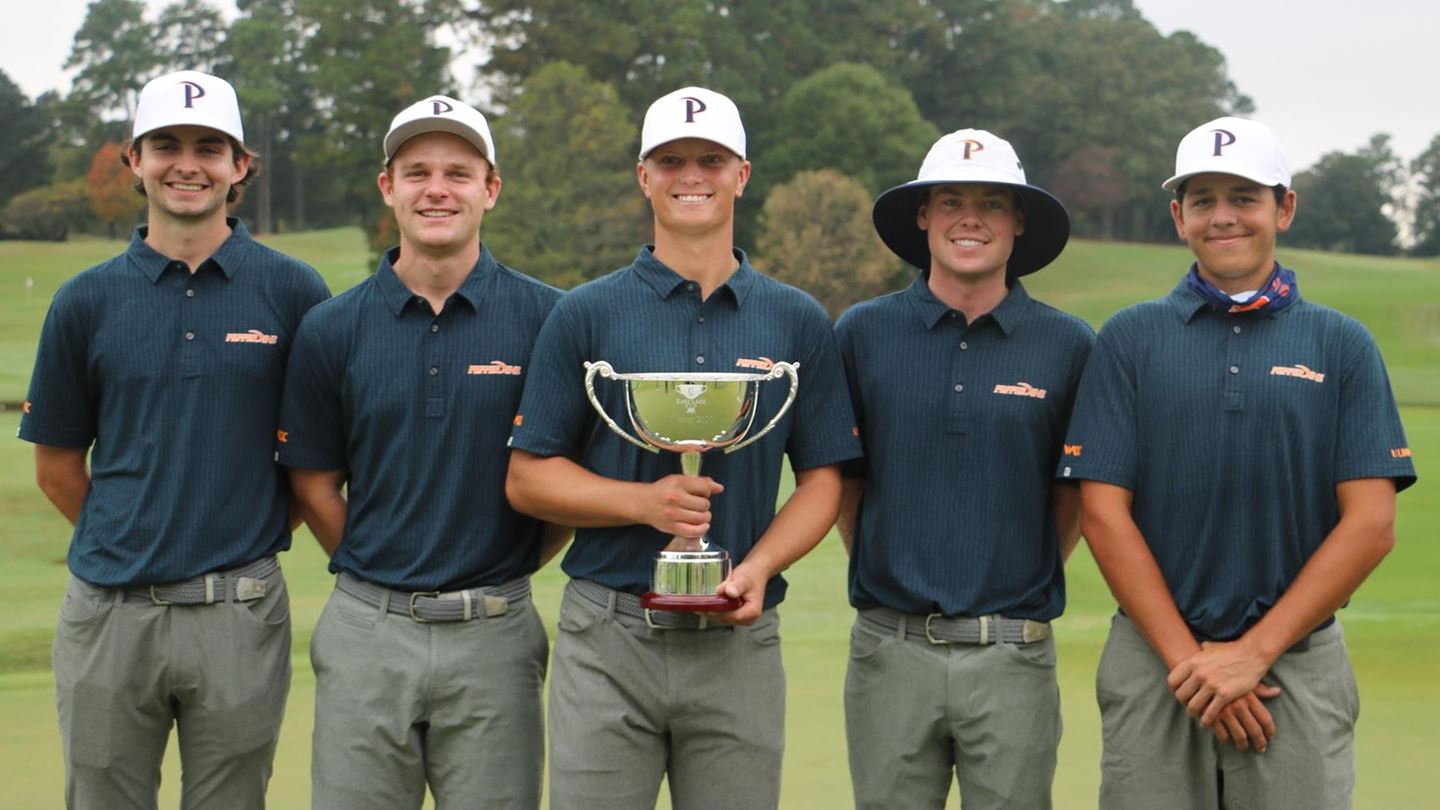 Second-ranked Pepperdine claimed the men’s title in the East Lake Cup by overpowering Oklahoma, 4-1, in the match-play final at East Lake Golf Club in Atlanta.

Fourth-ranked Mississippi captured the women’s title with a 3-2 victory over top-ranked South Carolina.

“I’m just so proud of these guys,” said Pepperdine Coach Michael Beard, whose Waves we’re No. 1 in the nation last spring when the season was shut down because of the Coronavirus pandemic and didn’t have a chance to play for the national championship.

“That definitely is a factor in our approach this season. We definitely have a chip on our shoulder. We’re just super grateful to be invited, to be here and it’s great to win. We showed that we have the depth for match play.”

Dylan Menante, a sophomore from Carlsbad, claimed what proved to be the winning point for the Waves, who recently won Pasadena Collegiate Invitational, with a 5-and-4 rout of Garett Reband of Oklahoma.

Jonathan Brightwell gave Oklahoma its only point with a 2-and-1 victory over William Mouw, a sophomore from Chino.

The Waves got past Texas Tech, 3-2, in the semifinals when Menante won the last two holes for a 2-up victory over Andy Lopez. Oklahoma slipped past Texas, also by 3-2.

Hitchner routed Garrett Martin, 6 and 4, while Highsmith beat Markus Braadlie, 4 and 3, for Pepperedine’s other two points.

James Roller of Texas Tech defeated Mouw, 2 and 1, and Baard Skogen downed Manke, 4 and 3, in the other two matches.

For Ole Miss, Julia Johnson made a clutch par on the last hole to defeat Lois Kaye Go, 1 up, and give the Rebels the title.

“It truly means a lot because this has always been a goal for us,” Coach Kory Henkes of Ole Miss said. “(For Johnson) to win on the 18th hole was amazing, and I’m proud of all my players.

“We’re building our program and our goal is to have a chance to win the national championship. This is a good group we have here, which gives us a chance to do that.”

Hume trounced Pimnipa Panthong, 7 and 6, and Andrea Lingell beat Paula Kirner, 3 and 2, for the Rebels’ other two points.