Malnati Up by 1 After Opening 63 in Bermuda 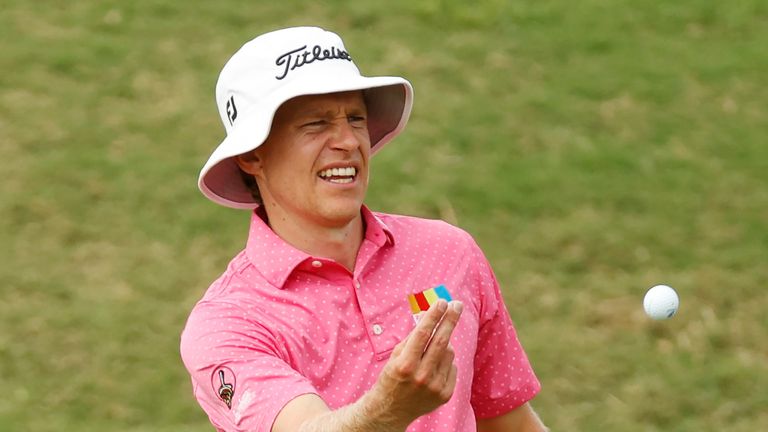 Peter Malnati’s game was trending in the right direction even before he got to the Bermuda Championship.

The 33-year-old Malnati posted an 8-under-par 63 to take a one-stroke lead over Doug Ghim and Ryan Armour after the first round at Port Royal Golf Course in Southampton, Bermuda.

Malnati fell one stroke short of the tournament record of 62 shot by champion Brendon Todd and Scottie Scheffler in the inaugural Bermuda event last year.

“I’ve had stretches like this, but they have been few and far between,” said Malnati, who is coming off a solo second in the Sanderson Farms Championship, when he closed with another 63, and a tie for fifth in the Shriners Hospitals for Children Open, when he had another 63. “This feels good, especially after a second and a fifth, but it’s what I have been working hard for.

“The course is amazing. If you hit your drives in the fairway, you can the hit short irons, which is the strength of my game, and I’m really comfortable on the greens. It just feels great to play like this.”

Malnati, who has six pro victories but only in the 2016 Sanderson Farms on the PGA Tour, collected nine birdies including five in a row through No. 13 against a single bogey at No. 17, where he hit into the water. However, his 10-foot birdie on the last gave him the outright lead.

Ghim, 24, who is seeking his first pro victory, birdied the last two holes for a bogey-free 64, which Armour, whose only PGA Tour victory came in the 2018 Sanderson Farms, equaled with five birdies in his last eight holes while finishing on the front nine.

Doc Redman holed out from the fairway for an eagle on the 15th hole en route to a 65 and is tied for fourth with Vaughn Taylor made a similar eagle at No. 5, and Chase Seiffert, who finished with a birdie on the ninth hole.

Stewart Cink, who won for the first time since the 2009 Open at Royal Troon last month at the Safeway Open, made three birdies on each nine in a 66 and is in a tie for ninth with Hunter Mahan, Wyndham Clark, Emiliano Grillo of Argentina, Josh Teater, Ollie Schneiderjans, Eric Dugas and Johnson Wagner.

Three-time major champion Padraig Harrington of Ireland shot 67 and is in a tie for 15th that includes 2016 Masters champion Danny Willett of England, while defending champion Todd is tied for 80th at 71.

The PGA Tour is allowing 500 fans per day on the course, the first time since the restart in June after a three-month shutdown caused by the Coronavirus pandemic that any spectators have been allowed.