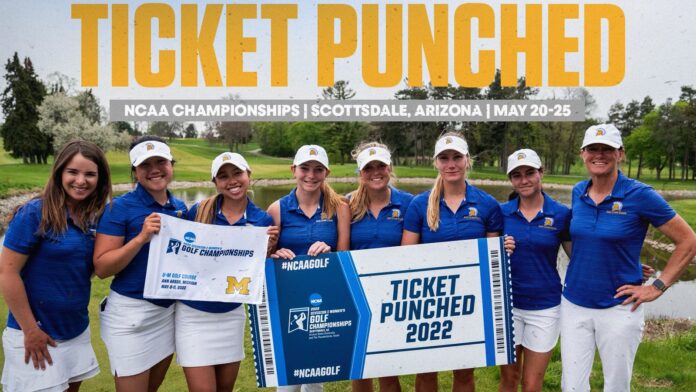 Natasha Andrea Oon of San Jose State claimed the individual title by five strokes and led the fifth-ranked Spartans to the Ann Arbor Regional title by three shots over Virginia at University of Michigan Golf Course in Ann Arbor, Mich.

Oon, a senior from Malaysia, became is the second Spartan in school history to win a regional individual title, joining Madeleine Ziegert, who was the co-medalist at the 2010 West Regional Championship.

“It’s awesome and so, so  exciting, and with Natasha being the individual champion, what a great, great day for San Jose State,” San Jose State Coach Dana Dormann said. “We’re so excited to be heading for nationals, it’s been  a great spring. The team is firing on all cylinders and we just can’t wait to keep on playing.

“Natasha has been amazing this spring, and such a total team leader. I’m so proud of her, she has been just super solid.”

“I just tried to approach this round the same way as I did the last two days, just come in with a fresh mind,” said Oon, who claimed her fourth college title. “I went in and made some good birdies, I was having fun, had nothing to lose and I’m just proud of the way I played.

“It feels really cool, I’m always glad to make history, and it’s such an honor to win the regional and have an opportunity to show my game and how hard I’ve worked. I’m definitely proud of myself for another accolade. This is a second opportunity to go to nationals, I’m really proud of everybody on the team, but I just want to enjoy this win.”