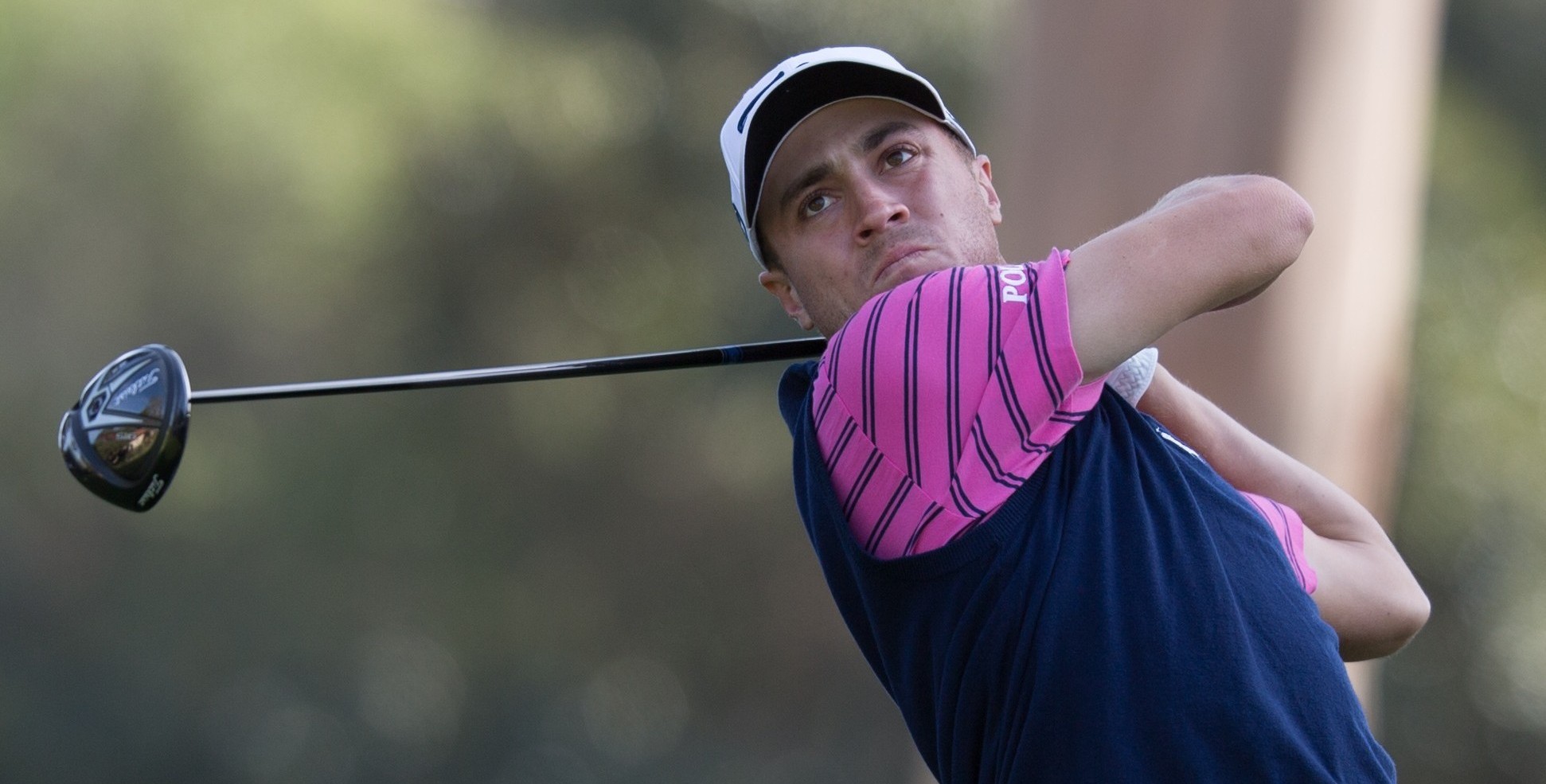 Ryan Moore birdied five of the last seven holes to shoot 6-under-par 67 and was tied for the lead with Justin Thomas, who also had a 67, after two rounds of the SBS Tournament of Champions on the Plantation Course at Kapalua Resort in Lahaina, Maui, Hawaii.

Moore, who scored the winning point for the United States as a Captain’s Pick in the Ryder Cup in October at Hazeltine, tapped in from two feet for a birdie on the last hole, where Thomas (pictured) holed a seven-footer for birdie to tie Moore at 12-under 134.

” … Started out a little slow and kind of kept with the burning edges on putts,” said Moore, who claimed his fifth PGA Tour victory last year in the John Deere Classic. “Then made a nice putt there on 12, and I kind of–I don’t know, just the hole looked a little bit bigger after that.

” Felt comfortable and kind of made some nice putts. Also hit a couple great wedges the last few holes and had a couple tap-ins, which is obviously really nice.”

Said Thomas, who has won the CIMB Classic the last two years: “It was a solid day out there. I felt like … I haven’t been playing as well as the scores show, so that’s always a positive.

“It’s frustrating sometimes when you’re playing well and you’re not getting much out of it, but I feel like I’m really getting a lot out of my game. I’m just not hitting my irons as well as I’d like, so it’s been nice to get around here with only one bogey so far.
“I just made the key putts that I feel like I need to and I’m in a good spot.”

Patrick Reed, who won at Kapalua two years ago, birdied four of the last five holes in a bogey-free 65 and was one stroke back in a tie for third with first-round leader Jimmy Walker, who had a 70.

Jason Dufner made his only bogey on the final hole in a second straight 68that left him two strokes back in solo fifth, one stroke ahead of Hideki Matsuyama of Japan, who had a 68 despite a double-bogey 6 on the 17th hole.

Fabian Gomez of Argentina and Tony Finau also recorded 68s and were four behind in a tie for seventh with Daniel Berger, who carded a 70, and Jim Herman, who came in at 71.

Top-ranked Jason Day of Australia totaled 69 and was five back in a tie for 11th that included U.S. Open champion Dustin Johnson, who had a 70, and Brendan Steele of Idyllwild and UC Riverside, who shot 67.

Defending champion Jordan Spieth collected nine birdies, but also had a double-bogey 5 on the eighth hole and a triple-bogey 7 on the 17th in a 69 that put him in a tie for 19th.