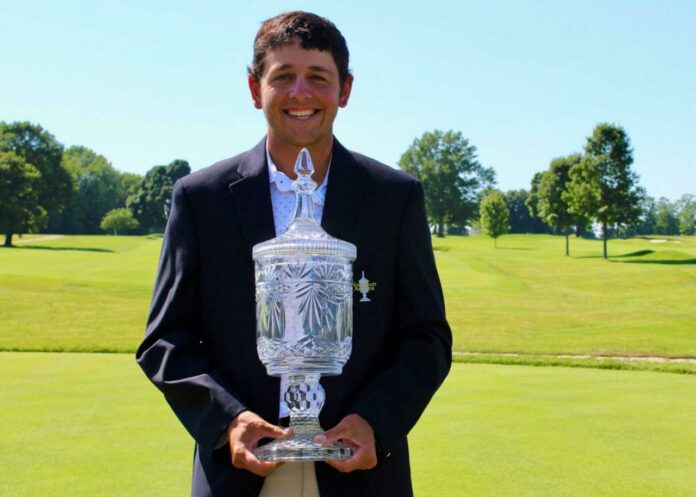 Dylan Menante of Carlsbad was in a class by himself in the 60th Northeast Amateur Invitational.

The 21-year-old Menante won the tournament for the second year in a row, but this time he did it by a whopping nine strokes over Karl Vilips of and Australia and Stanford at Wannamoisett Country Club in Rumford, R.I.

“It is cool to be able to win here again,” said Menante, who recently transferred from Pepperdine to North Carolina for his senior year. “I am not sure if the redesign of the golf course will yield lower scores in the future. Only time will tell but breaking the tournament record means a lot. This week as all about grit and determination.

“I don’t hit it as solid as a lot of the players here, but my short game made up for it. My putter was far better than any other club in my bag. It is tough to keep your mind in it when you have a big lead. You feel like you can give shots away and don’t have to grind for par. But that isn’t a great attitude to have. I was trying to keep going low.

“The coaches at Pepperdine did a great job helping me with my attitude and keeping me calm. My golf game is notorious for making a lot of birdies or making a lot of bogeys. If I can stay level, that is better long-term for me. Since my short game is good, that helps me not fret over bad shots.

“I am not sure if I will be able to go for a three-peat. It is a definite possibility, but I am not sure. We will see how it pans out.”