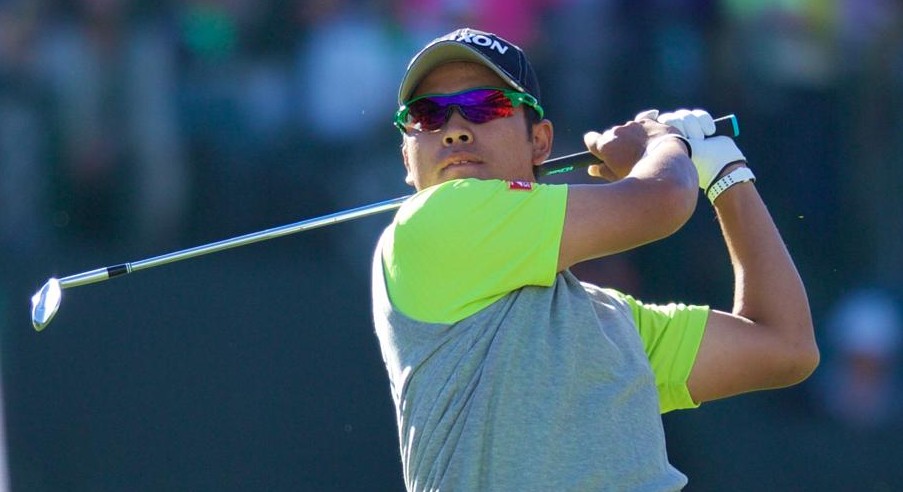 Since Tiger Woods abdicated his throne as No. 1 golfer in the world in 2013, that spot has been held by Adam Scott, Rory McIlroy, Jordan Spieth and Jason Day, who starts this year at the top.

Hideki Matsuyama might take his turn in the not-to-distant future.

The 24-year-old Japanese star begins 2017 this week in the SBS Tournament of Champions at Kapulua in Hawaii, where he tied for third last year, at No. 6 in the Official World Golf Rankings after a torrid finish last year.

Matsuyama, who leads the FedExCup standings, won four of the last five tournaments he played in 2016, including the WGC-HSBC Champions in China, and the only time he didn’t win he was second in the CIMB Classic in Malaysia.

His run started at home in the Japan Open and he also claimed his eighth victory in his homeland by winning the Mitsui Sumitomo Visa Taiheiyo Masters for the second time.

To close out the year early last month, Matsuyama captured the Hero World Challenge for the 12th victory of his pro career and impressed tournament host Woods in the process.

” … It’s going to give him a boatload of confidence going into next year and he’s going to be one of the top guys to beat for a very long time,” Woods said after his event at Albany Resort in the Bahamas.

“Look at his swing, look at his game and look at the body that he has. It’s built to handle the test of time.”

Matsuyama might not yet be a household name in the United States, but he had quite an amateur resume, winning the 2010 and 2011 Asian Amateur Championship, the 2011 and 2012 Japanese Collegiate Championship and the 2011 World University Games.

Those victories lifted him to No. 1 in the World Amateur Rankings in 2012, and when he came to the U.S. for the first time, he finished in a tie for 27th to earn low amateur honors at the Masters.

Despite his success, Matsuyama remains humble.

“I’m not even close to being mentioned in the same sentence as Tiger,” he said after winning the Hero. “But I am working hard, and hopefully, little by little, I’ll get better and better.

“I’m really speechless (about his recent surge), but I’m really happy and thrilled that the World Ranking is going to go up. I know there’s a lot of guys, great players ahead of me. It just gives me more incentive to work harder.”

Matsuyama became the first Asian to claim a World Golf Championships title and did it by a whopping seven strokes over Daniel Berger and Henrik Stenson of Sweden.

His third victory on the U.S. circuit tied Shigeki Marayama for the most by a Japanese player and he figures to join Y.E. Yang of South Korea, who outplayed Woods two win the 2009 PGA Championship and become the only Asian make to capture a major title.

“Shigeki Maruyama is a good friend of mine and he always said that I was going to pass his records,” said Matsuyama, who has finished in the top five in his last six tournaments, dating to a solo fifth in the Tour Championship in September. “But at least I’ve tied him now. That was a great honor, because I have great respect for him.

“Winning (the WGC-HSBC Champions) I feel has got me closer to being able to compete a lot better in the major tournaments, and so my next goal is, of course, to win a major. And I’m going to do all that I can to prepare well for that.”

Matsuyama has shown he’s got what it takes in the majors by finishing in the top 10 five times in them since 2013.

“It’s awesome to see him tearing it up,” Spieth said when Matsuyama was on his run late last year. ” … I think he’ll be a major champion within the next couple of years.”

And Matsuyama doesn’t figure to stop at one.