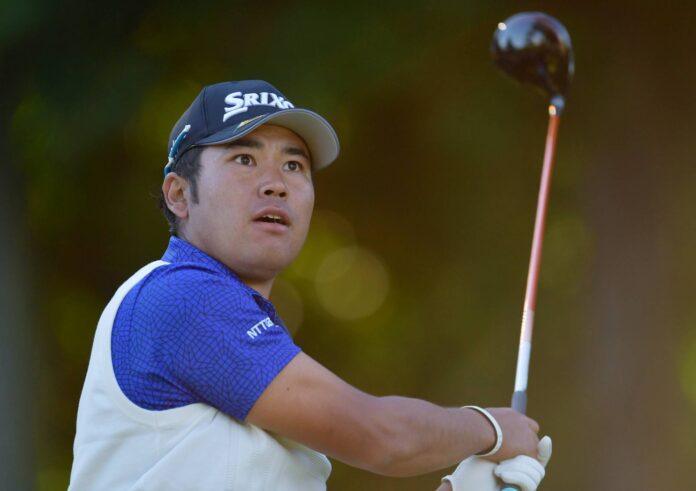 Hideki Matsuyama of Japan has won six times on the PGA Tour and is close to his first one on home soil.

Despite a late stumble, the 29-year-old Matsuyama shot a second straight 2-under-par 68 and will take a one-stroke lead over Cameron Tringale of Mission Viejo to the final round of the Zozo Championship at Narashino Country Club in Chiba, Japan.

“I’ll win if I play well and lose if I don’t,” said Matsuyama, who finished second behind Tiger Woods in the 2019 Zozo at Narashino. “I’ve been playing good golf these past three days, so hopefully I can do the same tomorrow.”

Matsuyama, who has won eight times on the Japan Golf Tour, held a three-stroke lead until hitting a wild drive into the trees on the 18th hole en route to a bogey, allowing Tringale to narrow the gap to one shot with a birdie.

Before that, reigning Masters champion Matsuyama had four birdies and another bogey on his way to a 54-hole score of 10-under 200.

Tringale made four birdies and two bogeys in his own 68 after opening with 67-66.

“It was really tricky out there with the wind and as fast as the greens and everything, it was not an easy day out there, so 2 under, pretty good score,” said Tringale, who has finished second three times but never won in 314 PGA Tour events.

“Yeah, just got to move on when you get a tough gust or something and I was able to do that, so pleased with the day.”

Sebastian Munoz of Colombia birdied the last hole for his own 68 and is four strokes behind in a tie for third with Brendan Steele of Idyllwild and UC Riverside, who finished at 70, and Matt Wallace of England, who also wound up with a 70.

Branden Grace of South Africa made three birdies on a flawless back nine to shoot 67 and is five shots down in a tie for sixth with Tommy Fleetwood of England, who birdied the last hole for a 70, while third-ranked Collin Morikawa of La Canada Flintridge and Cal eagled No. 18 to cap a 67 and is one more down in solo eighth.

“I did something in my career that I haven’t done yet, was shank a shot,” said Morikawa, who won the Open Championship at Royal St. George’s in July. “Yeah, shanked a pitching wedge straight in the trees (on his way to a bogey on the sixth hole).

“It was kind of a grind. I really had no clue where the ball was going to go, I was kind of just trying to make contact and thankfully the putter was working today. Obviously really nice to finish on a couple lucky breaks with the tee shot left ending up in the fairway, hitting a bad second shot and then chipping in obviously to end the day.”

Hiroshi Irata of Japan, the first-round leader at 63, struggled to a second straight 73 and is tied for 19th, fifth-ranked Xander Schauffele of La Jolla and San Diego State, the Olympic Gold Medalist, is tied for 36th after a 78, and Will Zalatoris, the PGA Tour’s Rookie of the Year last season, took two double bogeys on the back nine in a 73 and is tied for 66th.