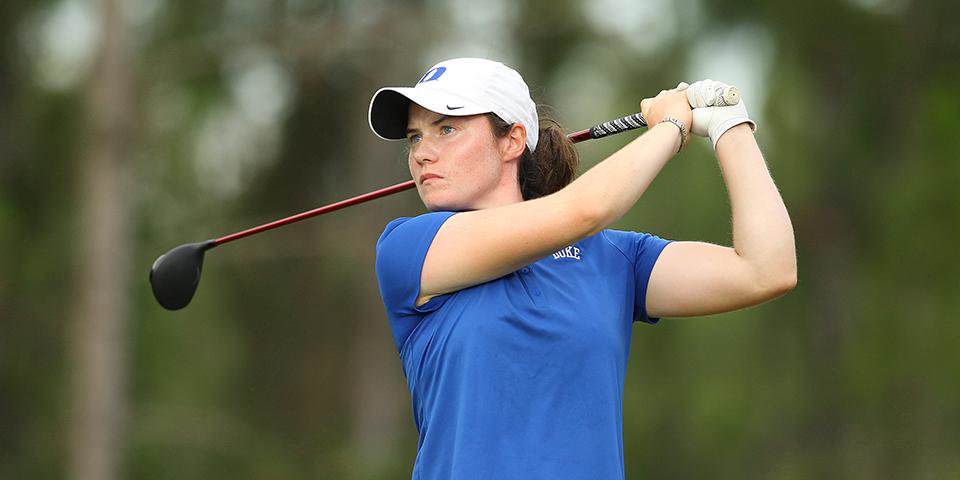 Leona Maguire of Duke was selected as winner of the Annika Award as the top player in Division I women’s college golf for the second time in three years.

Maguire, a junior from Ireland, also won the award as a freshman in 2015.

“This award is a huge honor for me,” Maguire said on the Golf Channel. “It’s something I’m very, very proud of to get the opportunity to win again.”

Maguire almost did not return to the Blue Devils for the Spring season after advancing to the final stage of LPGA Tour Qualifying School. However, she dropped out of the tournament and said she will stay at Duke until she graduates next year.

After her return, Maguire claimed three victories, and during the 2016-17 season she did not finish outside the top six in any of her 10 tournaments, including two seconds and three thirds.

Maguire finished the season as the top-ranked player in the Golfweek-Sagarin Rankings and also was voted the 2017 Women’s Golf Coaches Association National Player of the Year.

Alison Lee of UCLA won the inaugural Annika Award in 2014 and Bronte Law, another Bruin, took it last year.