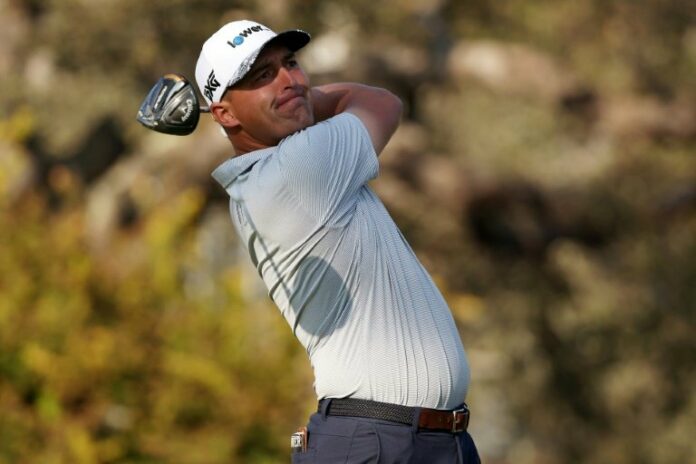 Justin Lower has never won as a pro, but finds himself on top of a leaderboard.

The 33-year-old Lower carded a bogey-free score of 9-under-par 63 and held a two-stroke lead over defending champion Max Homa when darkness halted play in the first round of the Fortinet Championship on the North Course at Silverado Resort and Spa in Napa.

“Any time you can open up with a 63 is pretty awesome,” said Lower, who won 16 college tournaments at Malone University in Ohio, was a four-time NAIA All-American and played on the 2010 NAIA national champion team. “But there’s a lot of golf left so need to keep at it and go the next three days.

“It was just an awesome round. Tee to green was really good. I just kept it steady and when I got into trouble I just tried to get it back in play and limit mistakes as much as I could. It ended up working out. I had two hole outs. They were just little chips but they were tough chips. I think I went the whole fall season last year without having a hole-out.

“I’ve been working really hard the last few weeks and it really paid off.”

Lower, who kept his PGA Tour card for this season by one stroke, collected five birdies on the front nine and made four more on the last five holes. He chipped in from the rough from 16 feet at the par-5 fifth then chipped in from just outside 21 feet for birdie at the par-3 seventh.

Homa, from Valencia and Cal who claimed the third of his four victories by one stroke over Maverick McNealy last year in the Fortinet, had three birdies on the front nine and four more coming home in his bogey-free 65.

J.J. Spaun of Los Angeles and San Diego State made three birdies on each nine in a bogey-free 66 and is tied for third with Byeong Hun An of South Korea, who birdied the first three holes, and S.H. Kim, also from South Korea, who made three straight birdies through No. 5 in another 66.

Sahith Theegala of Chino Hills and Pepperdine birdied four of the last seven holes to cap a 67 and is in a big tie for sixth with Rickie Fowler of Murrieta, who had three birdies on the back nine; Nick Taylor of Canada, who holed a 41-foot bunker shot for eagle on the 16th hole; Greyson Sigg, who played bogey-free; Emilio Grillo of Argentina, who birdied two of the last three holes; Scott Harrington, who had three birdies on each nine; Matti Schmid of Germany, who had six birdies on the back nine; Sung Kang of South Korea, who sank a 60-foot eagle putt on the last hole; Brice Garnett, who birdied the last two holes, and Robby Shelton, who was a bogey-free 5-under through 15 holes when darkness came.