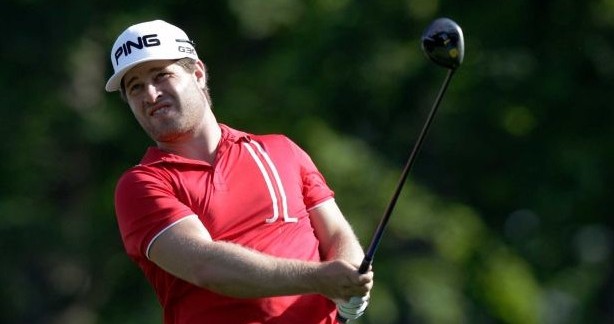 David Lingmerth of Sweden was the best player in the Quicken Loans National for the second straight day.

Lingmerth sank a seven-foot birdie putt on the final hole to card a bogey-free 65 to take a two-stroke lead over Geoff Ogilvy of Australia midway through the tournament at TPC Potomac at Avenal in Potomac, Md.

“It’s a tricky course, so a bogey-free round is definitely hard to come by,” said Lingmerth, who captured the 2012 Neediest Kids Championship at TPC Potomac. “I’m very pleased with the way I played, but we’re only halfway through the tournament and there is a lot of golf left to be played.

“I was very comfortable with the speed of the greens, was seeing the lines well and made a few putts that you normally don’t expect to make. I’ve been putting in a lot of hard work and really believe in myself. I have some momentum and want to keep it going on the weekend.”

Lingmerth, whose only PGA Tour victory came in the 2015 Memorial Tournament, posted a 36-hole score of 10-under 130 to tie the tournament record set by Tiger Woods in 2009.

Ogilvy, who claimed the 2014 Barracuda Championship for the last of his eight PGA Tour victories including the 2006 U.S. Open at Winged Foot, birdied three of the first four holes on both nines and made his only bogey at No. 15 in matching Lingmerth’s 65.

Daniel Summerhays shot 68 and is four shots back in solo third, while Arjun Atwal of India totaled 67 and is another stroke back in a tie for fourth with Sung Kang of South Korea, who had a 69.

Ricky Barnes of Stockton recorded a second straight 68 and is six behind in a tie for sixth with Nick Taylor of Canada, who wound up at 70 after a double-bogey 6 on the last hole, while Harris English had a 67 and is another shot down in a tie for eighth with Johnson Wagner, who came in at 71.

Michael Kim of Del Mar and Cal finished at 69 and is eight strokes behind in a tie for 10th with Bryson DeChambeau (71) of Clovis, Tyrone Van Aswegen (66) of South Korea, Danny Lee (68) of New Zealand, Kyle Reifers (68) and Marc Leishman (72) of Australia.

Ninth-ranked Rickie Fowler of Murrieta is tied for 37th after a 72 and defending champion Billy Hurley III is tied for 63rd following a 71, making the cut on the number.