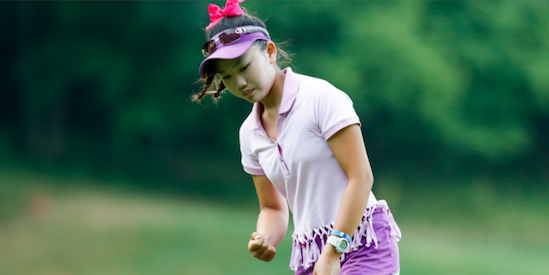 The 14-year-old Li carded a score of 71-66–137, 5-under-par, and will play Belinda Hu of San Ramon in the first round of match play on Wednesday morning.

“I really struggled with my ball-striking (in the first round), especially with my hybrids. I missed the first three greens in a row, and I was 2-over most of the round, but birdied my last two holes coming in, which was good for my confidence heading into today.”

In 2014 when she was 11, Li became the youngest player to compete to play in the U.S. Women’s Open at Pinehurst No. 2, and also is also the youngest competitor in U.S. Women’s Amateur history, having played at age 10 in 2013.

Earlier this year, Li was low amateur honors in the ANA Inspiration, the first major of the LPGA Tour season in April.