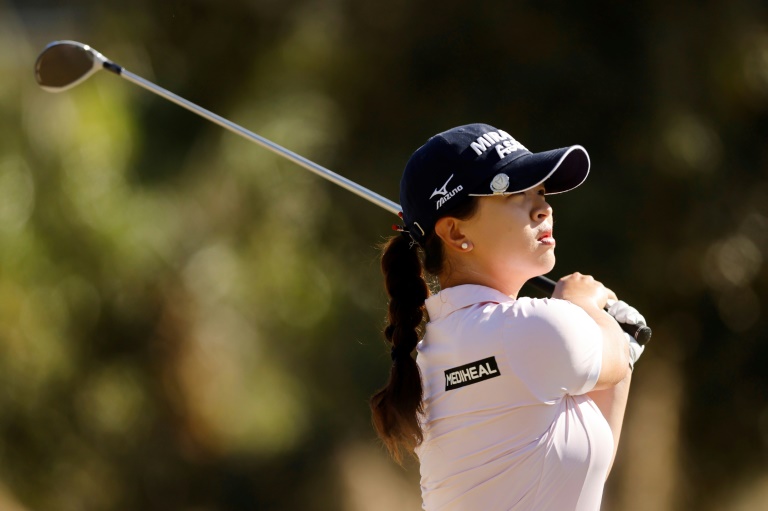 Defending champion Sei Young Kim has put herself in position for a repeat in the CME Group Tour Championship.

The second-ranked Kim shot 5-under-par 67 to take a one-stroke lead over top-ranked Jin Young Ko, also of South Korea, going to the final round on the South Course at Tiburon Golf Club in Naples, Fla., in the final LPGA Tour event of the season.

“I just keep, yeah, attack every tournament,” said Kim, who has won twice this season and 11 times in total on the LPGA Tour. “I mean, especially this year, I had a good two wins already, but I think that win, the reason why is I play very aggressive in this year and keep push myself. I set my goal already before came here, and I try to reach my goal.

“I got the good momentum. I try to keep the same momentum but it was tough. So, yeah, I try to finish strong, but I had three-putt (bogey) on the hole 18, so I just, yeah, little disappointed with that. I just keep it up (in the final round).”

Kim, who claimed her first major title at the KMPG Women’s PGA Championship in October, collected three birdies on each nine before making her only bogey when she missed a five-foot putt on the last hole to finish 54 holes at 13-under 203.

Ko, who held a one-stroke lead after the second round, posted a bogey-free 69, while Georgia Hall of England, the 2018 Women’s British Open champion, is three strokes back in solo third after a 67 that included five birdies on the back nine.

“Always fun playing with her,” Ko said of Kim. “We play together last year and we played, we practiced together at the U.S. Open last week. So we know each other. But this is competition, so we are close, but we have to separate on the course.”

Lexi Thompson, who led after a first-round 65, carded a second straight 71 and is four behind in a tie for fourth with sixth-ranked Brooke Henderson of Canada (66), eighth-ranked Minjee Lee of Australia (66), Charley Hull of England (66) and Austin Ernst (69).

Cristie Kerr, who won the 2015 CME Group Tour Championship among 20 LPGA Tour victories, eagled the 17th hole in a 66 and is five down in a tie for ninth with Lydia Ko of New Zealand, the 2014 CME winner, who shot 69, Mina Harigae of Monterey, who also had a 69, and Hannah Green of Australia, who wound up at 71.

Fifth-ranked Nelly Korda slipped to a tie for 19th after a 74, while third-ranked Inbee Park of South Korea posted a third straight 71 and is tied for 28th, fourth-ranked Danielle Kang of Westlake Village and Pepperdine is tied for 42nd following a 70, and seventh-ranked Nasa Hataoka of Japan struggled to a 75 and is tied for 50th.