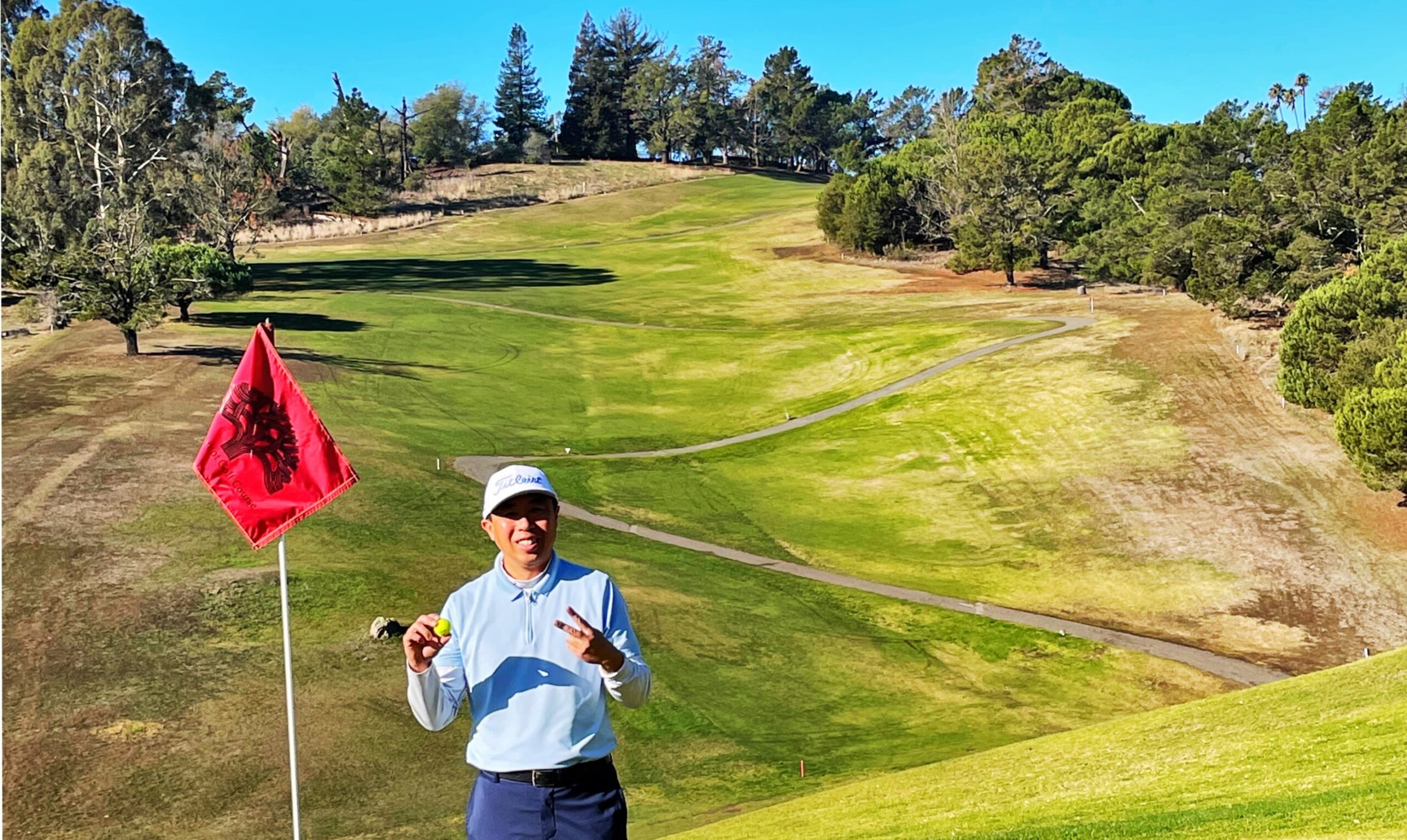 The “condor” is such a rare shot that many golfers don’t even know it exists.

Kevin Pon of Castro Valley achieved the feat last month on the downhill, 667-yard par-6 18th hole at Lake Chabot Golf Course in the Oakland Hills, making a 4-under-par 2 on the hole with the second-largest elevation drop among all courses in the United States.

“I hit my (approach) shot, it lands, the people up there are clapping and screaming,” said Pon, who grew up nearby in Alameda and estimates he has played at Lake Chabot more than 100 times.

“The ladies in the group behind and the marshal up on the hill are clapping. My friend says, ‘Did it go in the hole?’ We didn’t even know.”

The 54-year-old Pon hit his drive from the white tees (649 yards) on the nose and it bounced on the cart path on the right side, which then zig-zags down the of the hole, and his yellow golf ball kept rolling until it stopped roughly 550 yards away.

From there, he had an approach shot of about 100 yards to the severely elevated green and could only see the top of the flag, so there was no way to know he holed out for his condor until those watching told him by their reactions.

“That day, it was really weird,” said Pon, who has played Chabot twice since and made birdie-5s on No. 18 both times. “The ball was rolling. The greens were faster than normal. Usually, (the course) was slow and the ball plugs.

“We get to the 18th hole. I’m playing better than normal. People love or hate the course. I love it. It’s quirky, different. … It’s crazy. I’m still just thinking about it. It was just unreal. I’m a decent golfer but not like a pro or anything.

“This is two back-to-back career shots to set you up. How can someone get 4-under on one hole?”

According to Golf.com, only four other condors have been recorded in golf history, and they were all holes in one on par-5 holes.

For the record, the 18th hole at Lake Chabot is the 11th-longest par-6 hole in the United States, with the 841-yard 12th at Meadow Farms Golf Course in Locust Grove, Va., the longest by 33 yards.

Pon, who said he is about an 8-handicap, shot 2-under 34 on the back nine thanks to his condor despite making four bogeys.

And by the way, Pon has never made a hole in one.