No Pro-Am at Pebble Beach Due to Covid-19 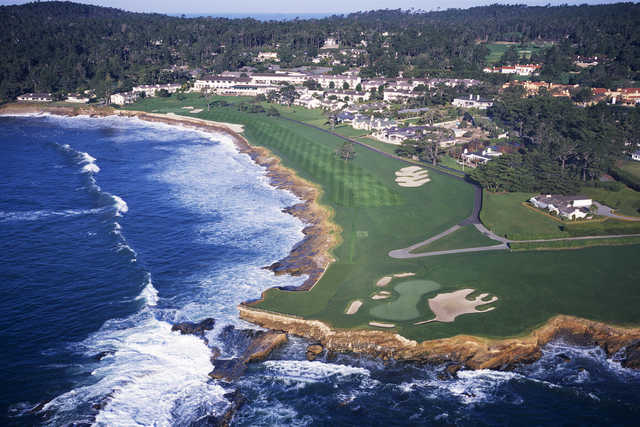 The PGA Tour kicks off the West Coast Swing next week with The American Express at PGA West in La Quinta, Calif., but the five events in California and Arizona will look different than in past years.

Perhaps the biggest change was announced on Thursday, when tournament officials said that the 75th AT&T Pebble Beach Pro-Am will be played on Feb. 11-14 without the amateurs because of the Coronavirus pandemic.

The pro-am has been part of the event since the old Bing Crosby Clambake was first played in 1937.

“While we will truly miss watching the actors, musicians, athletes and other amateur participants that make this event so special, we are pleased to continue on with the professional competition, enabling the Foundation to support nonprofits in Monterey, San Benito and Santa Cruz Counties. Our charitable giving will target basic needs like food insecurity, educational inequities and health inequities brought on by the pandemic,” said Steve John, Tournament Director and Chief Executive Officer of the Monterey Peninsula Foundation.

A one-day pro-am will be conducted on Wednesday morning, the day before the tournament, to support local charities.

Normally, the 156 pros in the field play with an amateur partner for the first three rounds on three of the scenic local courses, and a cut is made after Saturday’s third round, with the top 65 pros and 20 leading pro-amateur teams competing for titles in the final round.

“This was a very difficult decision, but the right one given the recent surge in Covid-19 cases,” said Bill Perocchi, Chief Executive Officer of Pebble Beach Company. “Since the beginning of the pandemic, we have put the health and safety of our guests, employees and community first.

“We know this will create challenges for many local charities this year, but we are confident that the incredible giving associated with this event will continue well into the future. We appreciate the support from Monterey County and the State of California in helping to ensure a safe and successful professional tournament, as well as from our partners at AT&T, the PGA Tour and the Monterey Peninsula Foundation.”

The tournament, which is expected to return to its pro-am format in 2022, will be played on the host Pebble Beach Golf Links and Spyglass Hill Golf Course.

Tournament officials earlier announced that no spectators will be allowed on the course during the week because of Covid-19, and officials of the Genesis Invitational at Rivera Country Club in Pacific Palisades on Feb. 18-21 recently announced that the Los Angeles-area event also will be played without fans.

The Century Club of San Diego announced earlier that spectators will not be allowed for the Farmers Insurance Open at Torrey Pines Golf Course in La Jolla on Jan. 28-31.

Officials of the Waste Management Phoenix Open at TPC Scottsdale in Scottsdale, Ariz., with its iconic stadium-like setting on the par-3, 16th hole, have said that a limited number of fans will be allowed on the course during the tournament on Feb. 4-7.