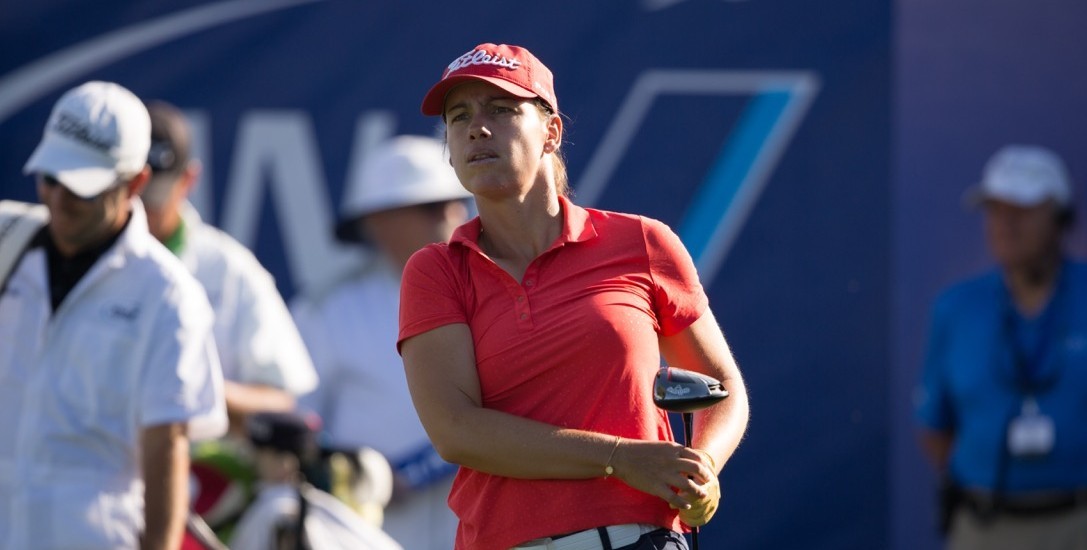 Karine Icher of France has finished in the top-10 on the LPGA Tour 43 times without winning, but she keeps trying.

Icher recorded a 5-under-par 67 to take a one-stroke lead over Michelle Wie and South Koreans So Yeon Ryu, Sung Hyun Park and amateur Eun Jeong Seong before high winds halted play in the ANA Inspiration, the first major of the year, on the Dinah Shore Tournament Course at Mission Hills Country Club in Rancho Mirage.

“I’m probably the player with the most top 10s without winning, so I’m used to it,” said the 38-year-old Icher, who has won five times on the Ladies European Tour. “I’m going to keep focused and keep my game on and try to sink some putts, and we’ll see from there.

“I’m an accurate player, so I just aim for the fairway and then for the green. I try to work on putting to put more putts in. That’s the secret. If you have good putting, you score well.”

Wie, who won the 2014 Women’s U.S. Open for the last of her four LPGA Tour victories, made her only bogey on the 18th hole in a 68, while Park did not make a bogey, Ryu had an eagle on the 11th hole and Seong became the first amateur to make a hole in tournament history–from 182 yards with a 6-iron on the fifth hole.

Lexi Thompson, who won the tournament in 2014, birdied the last hole for a 69 and was tied for fifth with Jenny Shin of South Korea, who claimed her only LPGA Tour victory last year in the Volunteers of America Texas Shootout.

Also at 2-under and tied for eighth while still on the course when play was halted were top-ranked and defending champion Lydia Ko of New Zealand, Christina Kim of San Jose, Caroline Masson of Germany, Charley Hull of England and Suzann Pettersen of Norway.