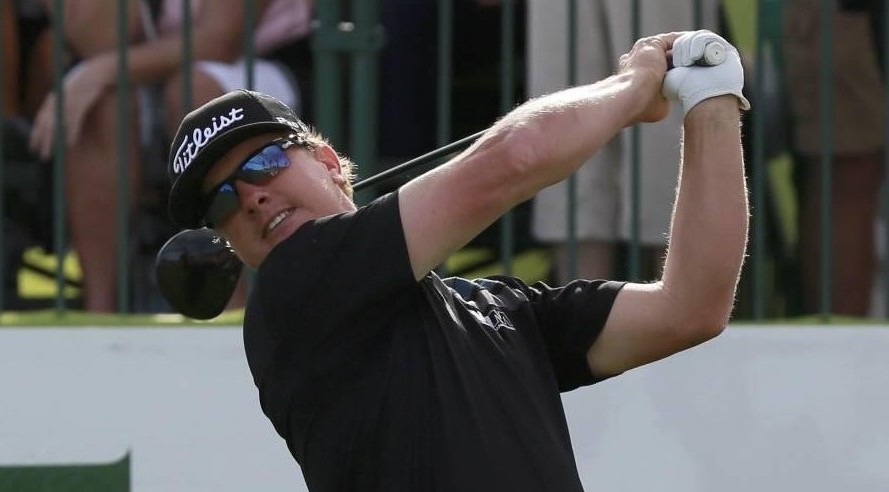 Charley Hoffman of Poway and Daniel Berger birdied the last three holes in the modified alternate-shot format to take a one stroke lead over Jason Dufner-Brandt Snedeker and Harris English-Matt Kuchar heading to the final round of the 27th Franklin Templeton Shootout at Tiburon Golf Club in Naples, Fla.

Hoffman-Berger followed their opening round of 12-under-par 60 in the scramble format with a 64 that included eight birdies and were at 20-under.

“I love this tournament and I have been watching it since it was at Sherwood (in Thousand Oaks), hot far from where I grew up near San Diego,” said Hoffman (pictured), who sank an 11-foot birdie putt on the final hole.

“We both are keeping the ball in play and giving ourselves a lot of birdie chances. It’s a lot of fun.”

Said Berger, who won the event last year with Jason Day of Australia: “Obviously, we all want to win. But we just go in there with some low expectations and just keep doing what we’ve been doing.

“We hit it solid all day and made a bunch of putts. We just kind of hung in there. The crowds were great. … Hopefully we can keep it going tomorrow and get it done.”

Dufner and Snedeker birdied the first three holes and five of the first seven on the back nine en route to a score of 61-64—125, while first-round leaders English and Kuchar wound up at  58-67—125.

Billy Horschel and Hunter Mahan were fourth at 59-68—127, while Graeme McDowell of Northern Ireland and Gary Woodland totaled 59-70—129 to tie for fifth with Camilo Villegas of Colombia and Cameron Tringale of Laguna Niguel, who came in at 60-69—129.