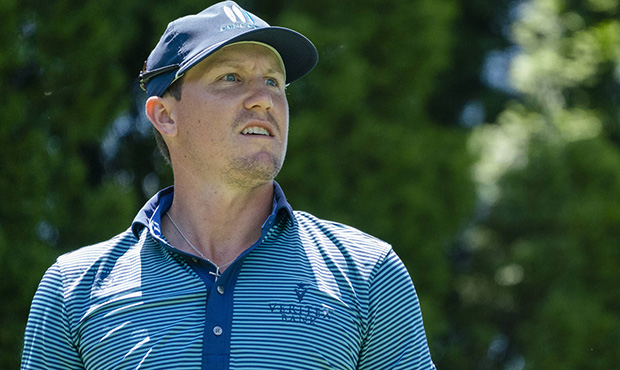 Satoshi Kodaira of Japan, Kramer Hickok and several other of the less-heralded players in the field at the 69th annual Travelers Championship went to the top of the leaderboard in the opening round.

Hickok (pictured) and Kodaira both posted 7-under-par 63s to take a one-stroke lead over Talor Gooch after the first day at TPC River Highlands in Cromwell, Conn.

“I enjoyed the worst warm-up of the year this morning and I was hitting it all over the place so I really changed my strategy,” said Hickok, who has three victories as a pro but none on the PGA Tour. “I was just trying to play a little more conservative, hit the greens, and once the putts started to fall I knew it really set me free. I was hitting a lot of good putts. I only really hit a bad putt on the par-5 13th, and other than that I just felt the holes looked awfully big today.

“I just said, ‘You know what? I got my C game,’ but just by recognizing I had my C game, I was able to play at an A level today. I had a few shots in the bag today and worked with them today and the flat stick went off, so I was able to make it work. We’ve done a really good job of staying in the moment, being patient, and taking our chances when we have had it.”

Hickok, who was Jordan Spieth’s roommate at Texas, started on the back nine in the morning wave a made a bogey at No. 10 before had three birdies ahead of the turn and added five more coming home while playing flawlessly the rest of the way.

Kodaira, who has won 10 times in his pro career including the 2018 RBC Heritage on the PGA Tour, holed out from 81 yards for an eagle on the second hole and added six birdies to take a one-stroke lead in the afternoon, before making his lone bogey at No. 8 while also finishing on the back nine.

“I knew it was on target but didn’t see it go in,” said Kodaira, who has seven victories on the Japan Golf Tour. “I heard the applause, so I knew it went in.”

Gooch, whose only pro victory came in the 2017 News Sentinel Open on what now is the Korn Ferry Tour, collected three birdies on each nine in a bogey-free 64.

Maverick McNealy of Portola Valley made four of his five bogeys on the back nine in a bogey-free 65 and is in a tie for fourth with Patrick Rodgers, also of Stanford, Beau Hossler of Rancho Santa Margarita, Brice Garnett and Henrik Norlander of Sweden, who made a five-foot eagle putt at No. 14.

Seventh-ranked Patrick Cantlay of Los Alamitos and UCLA is tied for 25th at 68, while third- ranked Bryson DeChambeau of Clovis, eighth-ranked Brooks Koepka, ninth-ranked Patrick Reed and two-time Travelers champion Phil Mickelson all shot 69 and are tied for 45th.

Mickelson sank a 64-foot birdie putt on the ninth hole.

Second-ranked Dustin Johnson, the defending champion is tied for 76th after a 70.