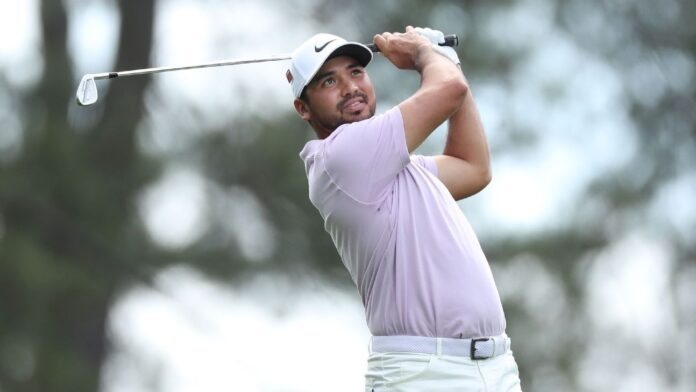 All of a sudden, Jason Day started playing like the Jason Day of old.

The 33-year Australian, who has battled a back injury the last three years, carded a bogey-free, 8-under-par 62 to take a one-stroke lead over Bubba Watson and Kramer Hickok midway through the 69th annual Travelers Championship at TPC River Highlands in Cromwell, Conn.

“Sometimes when you do have sort of an injury or stiffness, even if you’re sick, sometimes you can come out and play some good golf,” said Day, the former world No. 1 who has won 12 times on the PGA Tour, but not since the 2018 Wells Fargo Championship.

“I was fortunate enough to not really get in my own way today. I hit a lot of good quality drives, and my tee to green was pretty solid, I thought. Then holed a lot of crucial putts out there.”

Day, who tied for 44th in the PGA Championship, withdrew from the Memorial Tournament because his back was bothering him and didn’t qualify for the recent U.S. Open, collected five of his eight birdies in a span of seven holes while finishing on the front nine and recorded a 36-hole score of 9-under 131.

Two-time Masters champion Watson, who also has won the Travelers three times, broke his pink driver on the second hole, but still made a birdie there, and finished his second straight 66 with his backup big club.

“It was a perfect tee shot right down the middle,” Watson said matter-of-factly about the shot that snapped his driver. “Chipped it in there and made the putt for birdie. Ho-hum.

It’s one of those things that happened before and I always have a backup. They brought me the backup two holes later and I played with that the rest of the day. I knew there was only a couple drivers left, so really wasn’t too big a deal.

“ … My first win (was) here, with my dad watching; so many things that happened with my family at this place. This community, it just means so much to us, and so when I get here, I just feel energized. I feel like the people are behind me and they’re pulling for me.”

Hickok, who shared the first-round lead with Satoshi Kodaira of Japan at 63, made three birdies and was on top of the leaderboard by one shot until he made a double-bogey 5 at No. 16 on his way to a 69.

Seventh-ranked Patrick Cantlay of Los Alamitos and UCLA shot 66 and is tied for 11th, Kodaira slipped to a 72 and is in a tie for 20th that includes sixth-ranked Bryson DeChambeau of Clovis and eighth-ranked Patrick Reed, who both finished at 66.

Eighth-ranked Brooks Koepka holed out from 159 yards for an eagle on the 18th hole in a 67 and is tied for 35th, while second-ranked Dustin Johnson, the defending champion, wound up at 68 and is in a tie for 58th that includes two-time Travelers champion Phil Mickelson, who had a second 69.