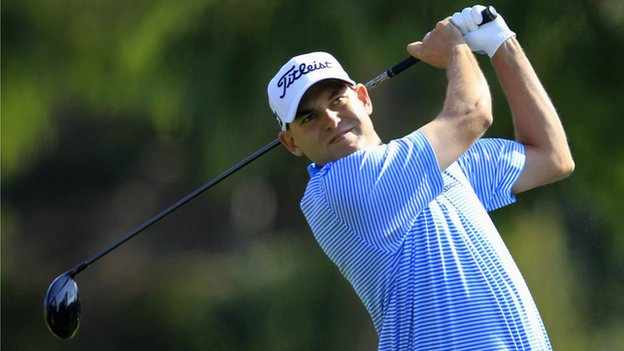 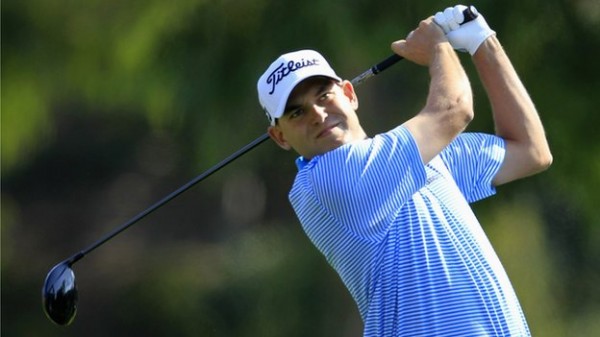 Haas, who claimed the first of his six PGA Tour victories in what was then the Bob Hope Classic at La Quinta in 2010, holed a 15-foot eagle putt on the sixth hole in the final round and added four birdies in the final round.

Then he salvaged a par-5 on the final hole after his errant drive to the right wound up in an awkward spot about waist high above a fairway bunker, knocking his second shot down the fairway with an 8-iron before finishing off the victory.

“That was a bad break, but it was a bad drive too,” said Haas, who captured the 2011 Tour Championship to wrap up the FedEx Cup title. “I could have whiffed on that (second) shot … but I got it back into play.

“I was really struggling (with my ball-striking early in the week), but I was able to grind it out. My putter was unbelievably hot; that was a huge (20-foot birdie) putt on the 16th hole. … This is great, it’s pretty special.”

Kuchar, who blew a two-stroke lead with three bogeys on his last four holes in round three, missed an 11-foot birdie putt that could have forced a playoff after a poor chip on the final hole and also closed with a 67.

Hoffman, from Poway, birdied the last four holes in a bogey-free 64, while Steele, who played at Cal State Riverside, also posted a spotless 64. Park birdied four straight holes through No. 14 in a bogey-free 67 and Wheatcroft also had a flawless 67.

Defending champion Patrick Reed, coming off his victory in the Hyundai Tournament of Champions, closed with a 71 and finished in a tie for 24th that included Phil Mickelson, playing for the first time this year, who had a second straight 68.