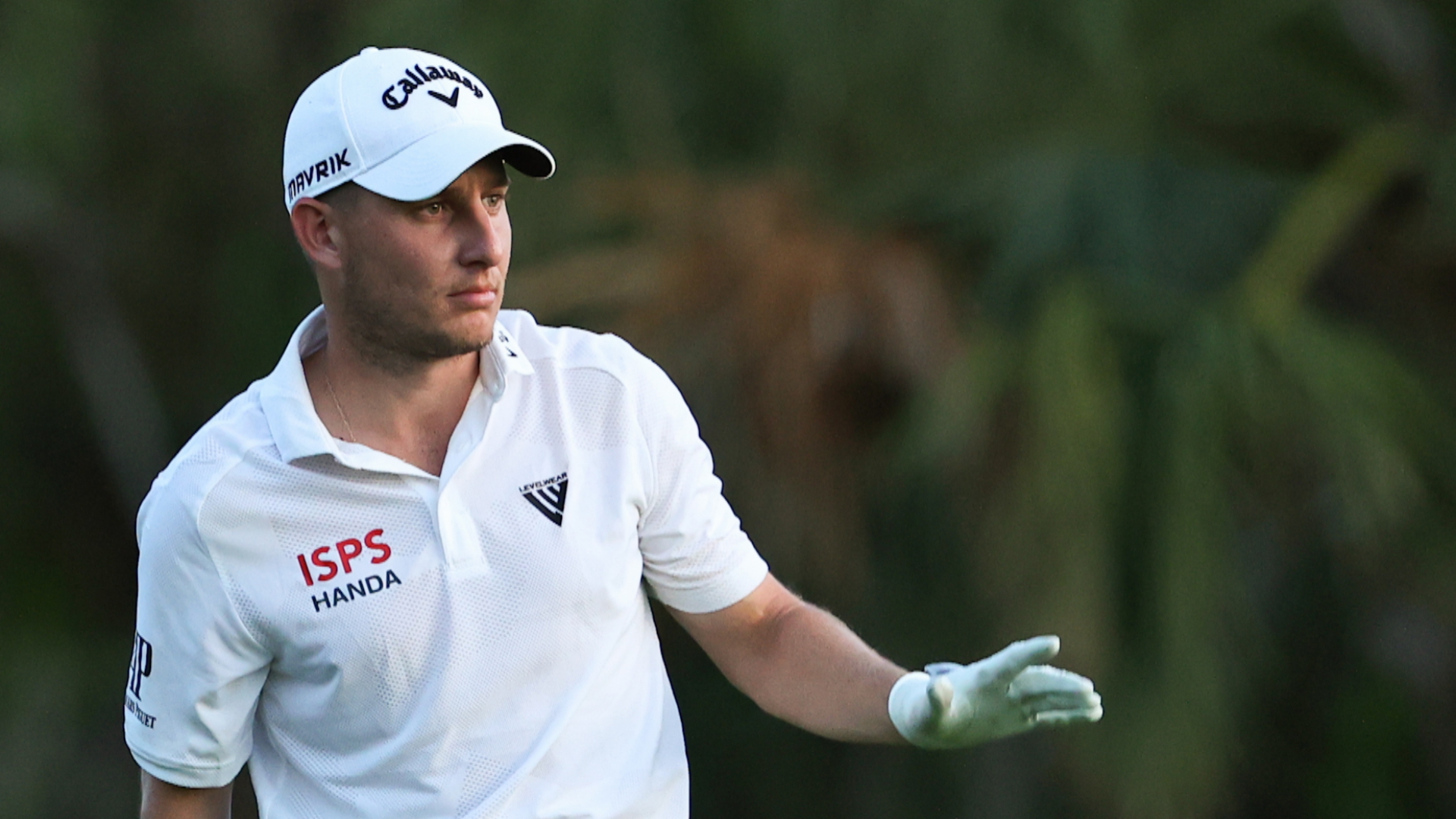 Emiliano Grillo of Argentina heated things up in cool, rainy weather at the Mayakoba Classic.

The 28-year-old Grillo, who has three victories as a pro, shot 8-under-pare 63 to take a four-stroke lead over Tony Finau and Tom Hoge after two rounds at El Camaleon Golf Club in Playa del Carmen, Mexico.

The second round was delayed for more than an hour because of morning rain and darkness halted play with 18 golfers still on the course, and they will return to finish the round two on Saturday morning before the cut is made and the third round begins.

“Everything worked today,” said Grillo, whose only PGA Tour victory came in the 2015 Frys.com Open in a playoff over Kevin Na. “I played from the fairway, hit it close and when it wasn’t too close, I made putts. It was one of those days.

“I did my work the first two days. I’ve just got to keep it up for another two days and I’m pretty sure I will get it done.”

Grillo collected five birdies on the front nine and added four more coming home, making his lone bogey when he missed the green on the par-3 10th hole and could not get up-and-down for par on his way to a 36-hole score of 13-under 129.

“I learned this game doesn’t owe you anything,” said Finau, who has been close many times but claimed his only victory on the PGA Tour in the 2016 Puerto Rico Open.

“You’ve got too earn everything you have, earn all your wins. It’s been a long time coming I feel like, for (win) No. 2. Hopefully, it happens here in a couple of days.”

First-round leader Russell Knox was five shots back in solo third after a 69, while Aaron Wise of Lake Elsinore birdied four of the last six holes for a 68 and is one more down in a tie for fourth with Joel Dahmen, who posted a bogey-free 67, Kyle Stanley, who holed out for an eagle on the 13th hole in another 67, and rookie Andy Ogeltree, who was five-under for the day through 15 holes and 7-under for the tournament when darkness came.

Ogeltree is making his pro debut after being low amateur in the Masters last month and winning the 2019 U.S. Amateur Championship.

Defending champion Brendon Todd had four birdies while finishing on the back nine to overcome a double-bogey 6 on the 18th hole in a 69, and is seven strokes back in a big tie for ninth with Camilo Villegas of Colombia (66), Carlos Ortiz of Mexico (69), Lucas Glover (65), Patrick Rodgers of Stanford (66), Victor Hovland of Norway (69), Akshay Bhatia (69), Nate Lashley (69) and Joaquin Niemann of Chile (70).

Third-ranked Justin Thomas is tied for 34th after a 67 that included a six-foot eagle putt on the fifth whole, while 12th-ranked Brooks Koepka finished at 71-71and apparently will miss the cut by one shot.