Garrigus leads by three after 66 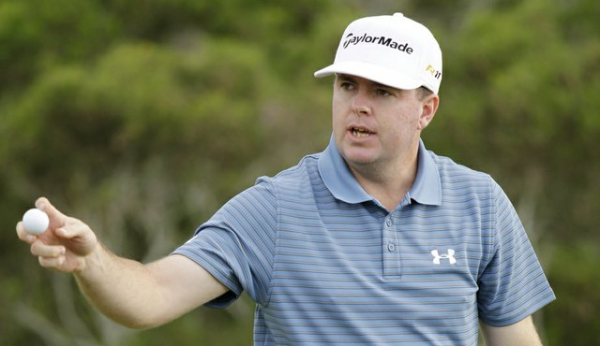 Robert Garrigus shot 5-under-par 66 to take a three-stroke lead over Kevin Na after two rounds of the Valspar Championship on the Copperhead Course at Innisbrook Resort in Palm Harbor, Fla.

Garrigus, whose only PGA Tour victory came about an hour and a half drive away in the 2010 Children’s Miracle Network Classic at Walt Disney World, played the front nine in a bogey-free 3-under 33 before adding three birdies and his lone bogey at No. 10 on the back.

In addition to making birdies on all four par-5 holes for the second straight day, Garrigus hit a remarkable shot out of the trees on No. 16 to within 14 feet of the hole and two-putted for par.

“I birdied every single one of (the par 5s) in all different ways,” said Garrigus, who lost to Luke Donald in a four-man playoff two years ago at Innisbrook. “I’ve hit wedges and hit it on the green, and two-putted, and got it around the green, and chipped up close.

” … Probably hit one of the top five shots of my life there on 16 out of the trees. That’s just one of those shots that when you’re playing good, everything is rolling, (you) kind of expect it but, you know, not really at the time. It was a lot of fun to try it, and (to) pull it off was even better.”

Na, who left Diamond Bar High after his senior year to turn pro at 17 in 2001 and claimed his only PGA Tour victory in the 2011 Justin Timberlake Shriners Hospitals for Children Open, posted a bogey-free 68.

Justin Rose, the U.S. Open champion who is playing his best golf of the year after being slowed by right shoulder tendinitis, also shot 68 and was tied for third with Pat Perez, who had a 71, 20-year-old Matteo Manassero of Italy, who came in at 70, and Matt Every, who recorded a 71..