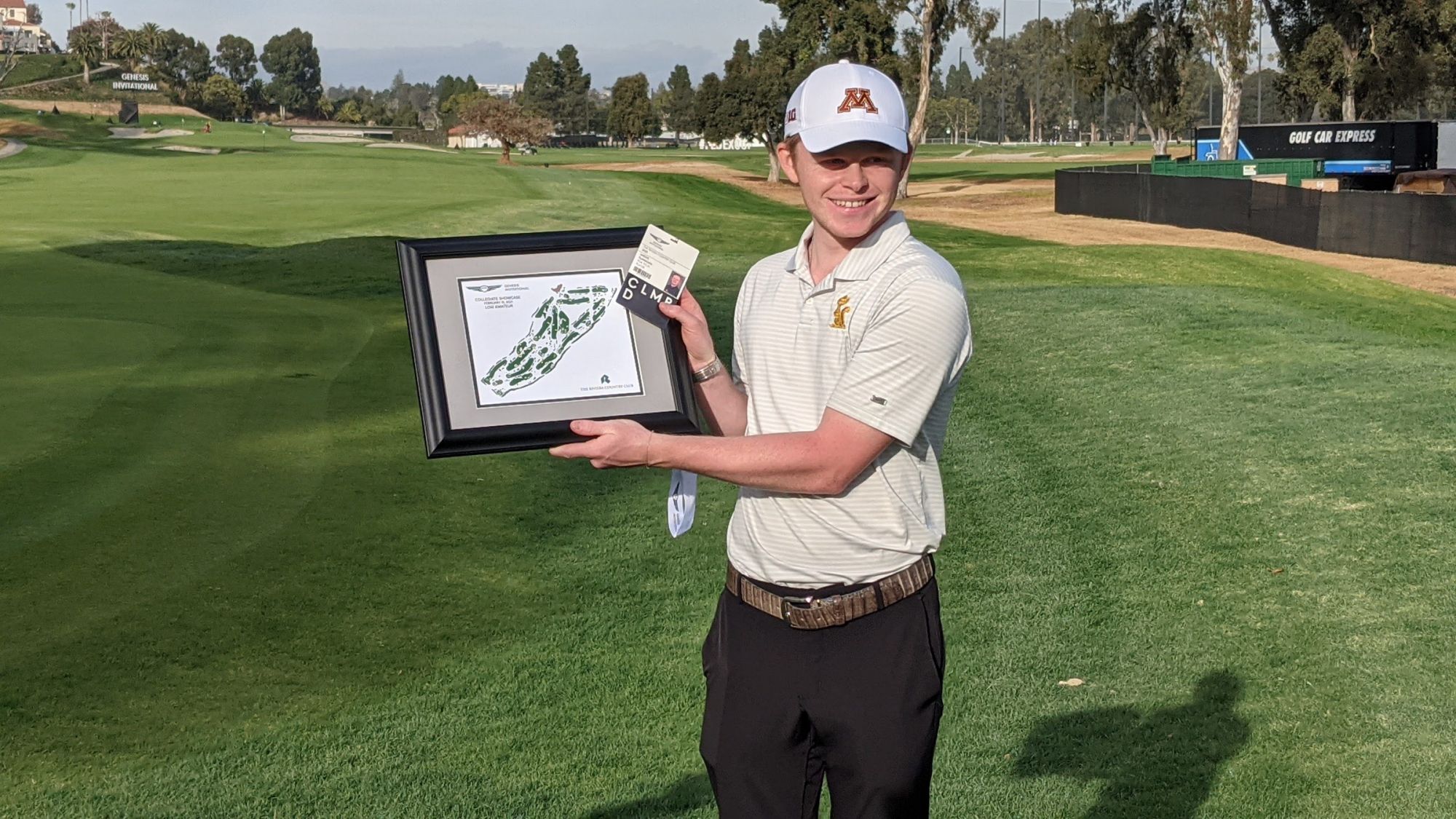 Angus Flanagan of England and the University of Minnesota made a birdie on the third playoff hole to beat Tim Widing of the University of San Francisco and win the Genesis Invitational Collegiate Showcase at Riviera Country Club in Pacific Palisades.

By winning, Flanagan earned a spot in the Genesis Invitational, the Los Angeles-area event on the PGA Tour, beginning Thursday at Riviera.

“It’s pretty surreal,” Flanagan said after receiving his tournament credential just off the third green. “Being able to tee it up against the best in the world, players I’ve looked up to … seeing guys out here that growing up, looking up to, having their pictures on my wall, it is surreal.

“It’s probably not going to sink in till tomorrow morning when I come back out here and I have my player’s badge. … I texted my teammates, my girlfriend, my dad.”

Flanagan has played in a PGA event before, missing the cut in the 2020 3M Open at TPC Twin Cities in Blaine, Minn., after earning that start by winning the 2020 Minnesota Golf Champions, and he also earned medalist honors at the 2020 Western Amateur Championship.

Now he will play in the Genesis Invitational, which will feature seven players in the top 10 of World Golf Rankings.

Flanagan and Widing finished at even-par 71, with Widing lipping out a birdie putt on the final hole of regulation that would have given him the victory.

Kyle Petrovich of Oakland University was third at 72, followed by Callum Bruce of San Diego State at 75, Alex Goff of Kentucky at 76, Bryce Waters of Wyoming at 77 and Kyle Suppa of USC at 78.

Former winners include Sean Yu of San Jose State last year, Lukas Euler of Kentucky in 2019, Scottie Scheffler of Texas in 2018, Sahith Theegala of Pepperdine in 2017, Charlie Danielson of Illinois in 2016 and Will Zalatoris of Wake Forest in 2015.