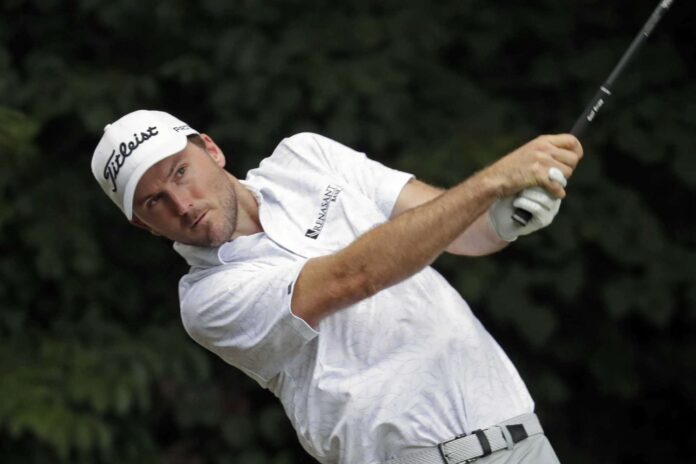 Russell Henley didn’t have his best stuff, but one shot made his day.

Henley sank a 33-foot eagle putt on the 15th hole to highlight a 1-under-par 71 and will take a three-stroke lead over Tyler McCumber to the final round of the 82nd edition of what is now the Wyndham Championship at Sedgefield Country Club in Greensboro, N.C.

“I was just a little bit tentative, maybe a little bit nervous,” said Henley, who is seeking his fourth PGA Tour victory and first since the 2017 Shell Houston Open, “I’ve never had a four-shot lead, so just kind of dealing with all the thoughts that are not wanted in my head and just trying to focus on what I want to do. I’m really thankful to be under par today.

“I’m not always going to shoot 62 or 64. I feel like mentally I was pretty tough considering how I was feeling. I was just a little bit sloppy, but overall I made some good decisions, made some really nice up-and-downs and I’m thankful for where I am.

“(Having a big lead) is not going to happen every time and these rounds are kind of what make and break really good tournaments.”

Henley, who shot 62-64 the first two days to build a four-stroke lead and has led after every round, made his only birdie in round three at No. 5 while taking bogeys on the 11th and 18th holes on his way to a 54-hole total of 15-under 195.

McCumber, the son of 10-time PGA Tour winner Mark McCumber, birdied three holes on the front nine and sank a 53-foot birdie putt at No. 11 before finishing with seven straight pars to post a bogey-free 66 after starting with 65-67.

“You’ve got to stay in the process and I feel like I’ve been doing that pretty well and getting rewarded for it through the first three rounds this week, so taking that momentum into tomorrow,” said McCumber, who has won seven times as a pro, but never on the PGA Tour.

Kevin Kisner was close to the lead after making five birdies on the front nine, made bogeys on the last two holes to cap a 66 and is four strokes behind in a tie for third with Branden Grace of South Africa and Roger Sloan of Canada, who both shot 64, Kevin Na of Diamond Bar (67), Olympic Silver Medalist Rory Sabbatini of Slovakia (69) and Scott Piercy (69).

Rookie Will Zalatoris, who needs to win to advance to the FedEx Cup playoffs next week, sank a 36-foot eagle putt at No. 5 in a bogey-free 65 and is tied for 15th, Olympic Bronze Medalist C.T. Pan of Taiwan is tied for 28th after a bogey-free 66, and Matt Kuchar, on the bubble and trying to get into the playoffs, made bogey on the last hole for a 71 and is tied for 36th.