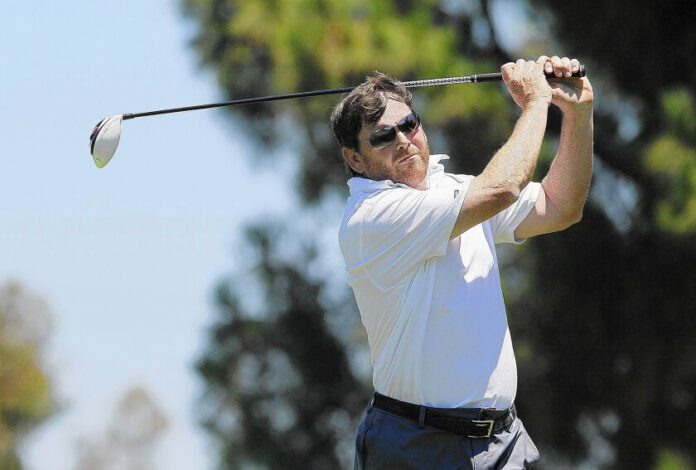 Mark Mance, who plays out of the Olympic Club in San Francisco, and Don Dubois of Newport Beach captured the 42nd Trans-Mississippi Junior-Senior Championship by one stroke over Brian Lovett of St. Louis and Mike McCoy of Norwalk, Iowa, on the Canyon Course at Ventana Canyon Gol Course in at Loews Ventana Canyon Resort in Tucson, Ariz.

“My partner played spectacular,” Mance told Amateurgolf.com. “He shot 67 on his own ball (in the final round). I was there to drive the cart and make a few pars here and there. To be perfectly honest with you, he played great.

“Third day, we kept talking. You start making some putts and you’re going to shoot low. He made a bunch of putts, but he played great. He didn’t really miss a shot until 11, drove it left out of play and I made a par.”

DuBois made birdies on the 10th and 16th holes to give them the lead before Mance clanked his 30-foot birdie putt off the flagstick on the last hole.

However, Mance nailed the seven-foot comebacker to nail down the victory.

“I usually pull the flag out, but for some reason I kept it in,” Mance said. “If the flag had been out, it might’ve gone in.”