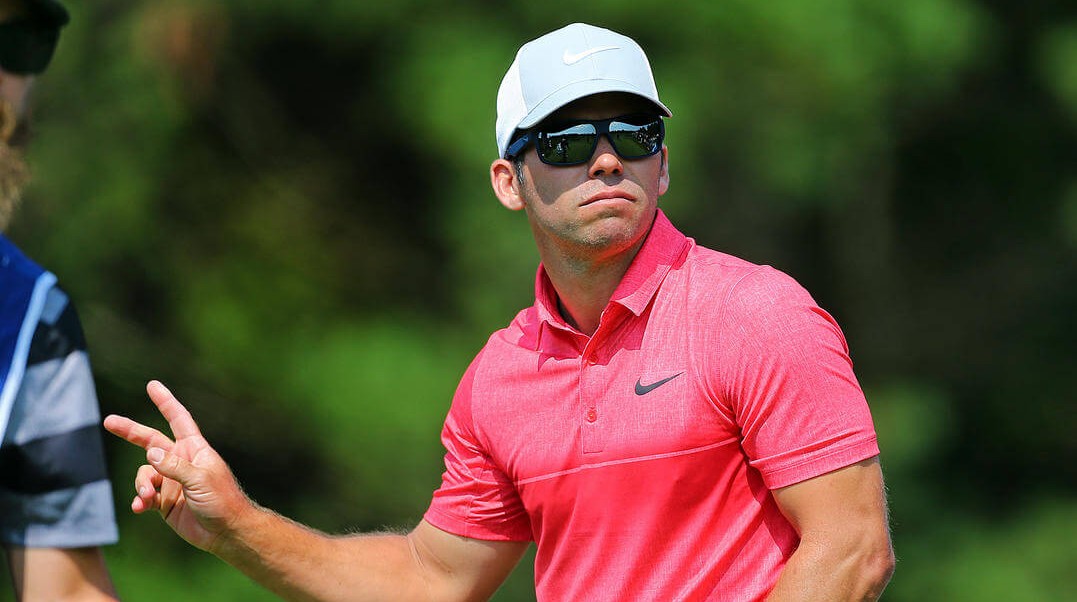 Paul Casey of England did not play in the Ryder Cup a few weeks back, and there is no question the European Tour could have used him.

Casey, who has been one of the best players in the world since August, will tee it up for the last time in 2016 this week when he plays in the WGC-HSBC Champions at Sheshan International Golf Club in Shanghai, China.

“When I’m playing well, I love to keep going, but it’s been a long season,” said Casey, who wants to spend the rest of the year with his family. “You know, it’s frustrating not to get any victories for this 2015-16 season, but I’ve had some great stuff. I feel like the game is right where I want it. …

“Great but frustrating. No victories this year, so that was the only blemish really. But to be honest, the golf I’ve played of late … it’s been great stuff. I’ve never looked back on trying to sort of emulate maybe what I did in the past, but I think this is may be the best golf I’ve ever played.

“In terms of momentum, I’m going to have to keep on and keep practicing and keep working hard. I’d like to use this year as a springboard for a great ’17.”

Casey’s run started when he tied for 10th in the PGA Championship at Baltsurol, but he really heated up in the last three events of the FedExCup playoffs. He finished second to Northern Ireland’s Rory McIlroy in the Deutsche Bank Championship, second to Dustin Johnson in the BMW Championship and was fourth in the Tour Championship.

Almost any other time, Casey would have had a spot on the European Ryder Cup team, but Darren Clarke couldn’t make him a captain’s pick for the matches at Hazeltine because the Englishman gave up his European Tour membership since he lives most of the year in Arizona.

There are those in Europe who believe it is time to drop the rule that requires players to play the Euro Tour to make the team.

“The likes of Casey and (Russell) Knox (who won twice on the PGA Tour last season) should have been in the team,” two-time major champion Tony Jacklin of England, a former European Ryder Cup captain, told Reuters after the United States claimed a 17-11 victory at Hazeltine.

“Future captains need to have the 12 best players at their disposal. We need to look at the system. The European Tour should have rules that are conducive to being able to pick anybody born in Europe. Having to be a member of the tour in the modern-day game is a bit confining.”

Casey, who played college golf at Arizona State and won the 1998 Pacific 10 Conference Championship, has 16 pro victories in a career that was short-circuited for a while by injuries. He also owns 13 wins on the European Tour.

Even though he has only one victory the PGA Tour, the 2009 Shell Houston Open, plus six runner-up finishes, he decided in 2015 to give up his Euro Tour membership because of the travel involved.

“The reason for not continuing to take up my membership is a family reason and a quality-of-life reason,” said Casey, who lives in Scottsdale, Ariz., with his wife, Pollyanna and young son, Lex. “Hey, if there are rule changes because of something I’ve done, it was certainly not any intention of mine.

“My decision was never about the Ryder Cup, which is what I always get asked. The decision was about what’s best for my family, and unfortunately, the byproduct is what it is.”

Casey followed up his strong run in the playoffs, which left him fifth in the final FedExCup standings, by tying for third in the Safeway Open to open the 2016-17 season before tying for 21st last week in the CIMB Classic in Malaysia.

While he has a 3-2-4 record in three Ryder Cup appearances, Casey still has a bad taste in his mouth from being left off the team in 2010 by captain Colin Montgomerie when he was No. 8 in the Official World Golf Ranking.

Perhaps by the time the 2018 Ryder Cup in Paris rolls around, somebody will find a way to get him back on the European team.