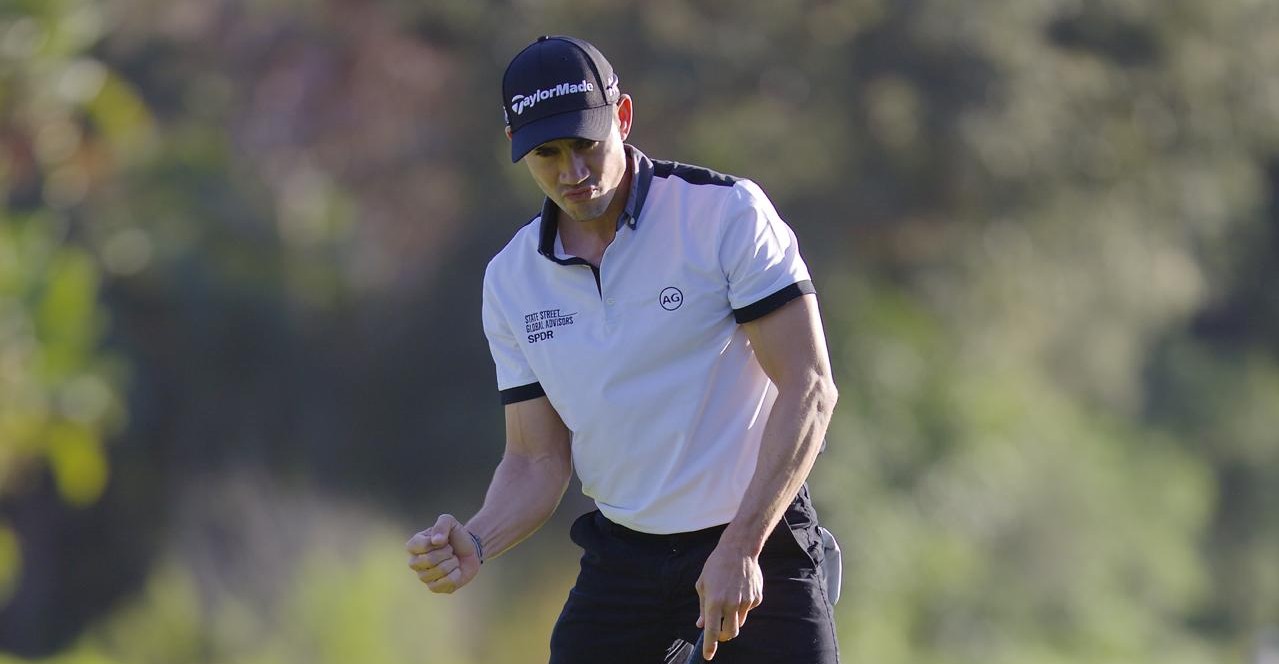 Rookie Mackenzie Hughes of Canada looked like a winner all week in the RSM Classic, and he still might be.

Hughes will return to the Seaside Course at Sea Island Resort in Sea Island, Ga., with three others on Monday to complete a playoff that was halted after two holes because of darkness on Sunday evening.

Camilo Villegas (pictured) of Colombia, Blayne Barber and Henrik Norlander of Sweden also will return, but not Billy Horschel.

Horschel, the 2014 FedExCup champion, dropped out of the playoff when he incredibly missed a two-foot putt for par on the first extra hole.

“I took my time and just blocked it,” Horschel said.

It was the largest playoff on the PGA Tour since Alex Cejka of Germany won a five-man playoff in Puerto Rico in 2015.

Hughes, Norlander and Barber have never won on the PGA Tour.

“It will be fun,” Barber said.

“You have a chance to win a PGA Tour event and I’m sure everybody has no problem coming out at 8 a.m.,” said Villegas, whose last victory came in the 2014 Wyndham Championship.

Hughes, who has been in or near the lead after opening with a 61, closed with a 69. He had the best chance to win in the playoff, but barely missed a 10-foot birdie putt on the second extra hole before play was halted.

“It’s a long day,” said Hughes, whose two pro victories came in the 2013 Cape Breton Celtic Classic on the PGA Tour Canada and the 2016 Price Cutter Charity Championship on the Web.com Tour, was in or near the lead since his opening-round 61.

“It was quite a fight out there, and didn’t have my best stuff by any means, but found a way to dig deep and just get in that playoff. Thought I made that putt there at the end, but try again tomorrow.”

Jamie Lovemark of Rancho Santa Fe and USC sank a 12-foot birdie putt on the last hole to cap a 65 and finished three strokes back in a tie for sixth with Jim Furyk, who totaled 67, Ollie Schniederjans, who had a 68, and rookie Cheng Tsung Pan of Taiwan, who came in at 71.

Patrick Rodgers of Stanford wound up at 70 was finished four shots back in a tie for 10th with Russell Henley, who shot 67, and Stewart Cink, who had a 69.