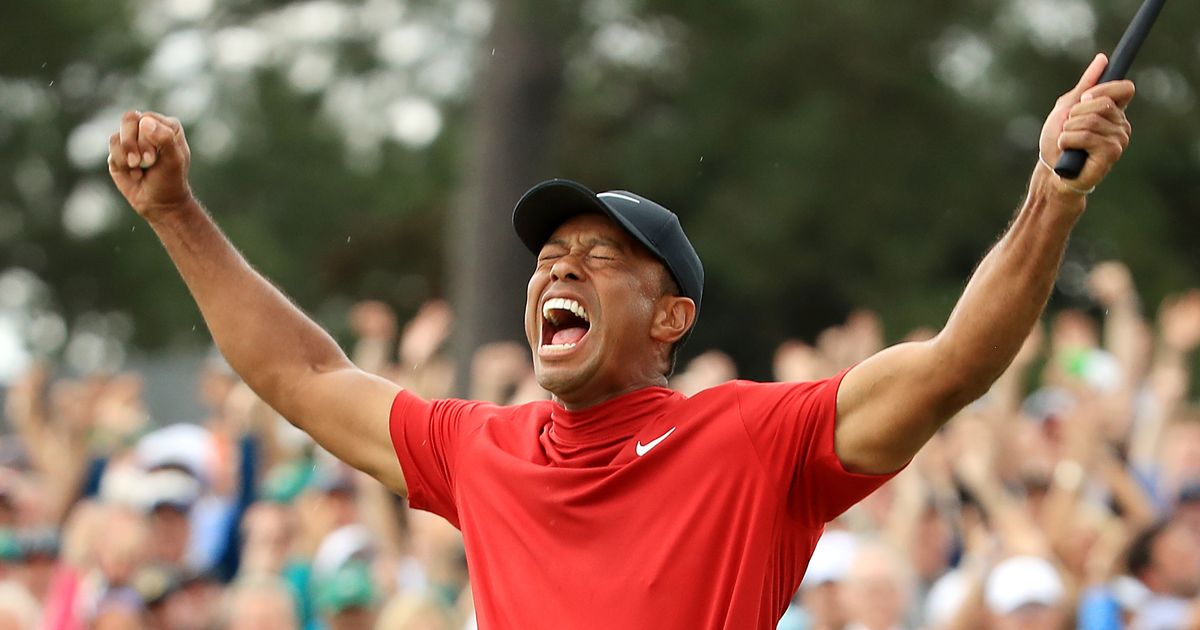 While Tiger Woods had people fearing for his life on Tuesday, many of them are now wondering if and when he might play on the PGA Tour again.

The 45-year-old Woods was seriously injured when the SUV he was driving crossed the center divider and rolled end-over-end to about 30 yards off the road before settling on its left side at the bottom of a hill in Rancho Palos Verdes near Los Angeles.

Woods underwent surgery to repair two compound fractures and a shattered the ankle in his right leg, has lesser injuries to his left leg and numerous other bumps and bruises.

“He was fortunate to come out of this alive,” said Sheriff’s Deputy Carlos Gonzalez, a first responder to the scene. A woman who lives on top of the hill heard the crash, saw the vehicle and called authorities.

Woods was pried out of the front seat and transported to Harbor-UCLA Medical Center about six miles away in Torrance and underwent surgery shortly afterward.

On Wednesday, he was reported to be “awake, responsive and recovering,” according to a release from the Tiger Woods Foundation. He told authorities, he had “no recollection of what happened.”

Woods was driving a Genesis SUV, his courtesy car during the Genesis Invitational at Riviera Country Club in Pacific Palisades, of which he was the host, and on Monday he drove to a GolfTV shoot, directed by Peter Berg and featuring NBA star Dwayne Wade and actor David Spade.

Apparently, that’s where he was headed again.

Woods was already sidelined because of his fifth back surgery in December and during the telecast of the Genesis Invitational on Sunday he told Jim Nantz on CBS that he hoped to be ready for the Masters in April.

We know that won’t happen now.

Woods’ rehab and possible return already is being compared to NFL quarterback Alex Smith, who broke both the tibia and fibula in his right leg in 2018, needed 16 surgeries to fully repair his leg, had other life-threatening infections following surgeries and returned to the field last season.

And golf great Ben Hogan, who sustained serious leg injuries when his Cadillac was smashed into head-on by a Greyhound bus in 1949 when he was 36. Hogan threw himself toward the passenger seat to protect his wife, Valerie, who wound up with minor injuries.

Hogan had a fractured collarbone, a double fracture of the pelvis, a broken ankle, and a chipped rib, plus a left eye swollen nearly shut.

Everyone figure Hogan was through as a golfer, but Valerie said: “Don’t believe a word of it. Ben will be himself again.”

Not exactly, because Hogan never played more than seven PGA Tour events in a season, but he did record 11 more victories in his career, including six of his nine major victories and completed the Career Grand Slam by winning the 1953 Open Championship at Prestwick Golf Club in South Ayrshire, Scotland.

Woods’ peers expect the same from him.

“A bit shocked, obviously,” U.S. Open champion Bryson DeChambeau said. “You don’t expect anything like that to happen. But from everything that I know about Tiger, I’m sure he’ll recover and he’ll do everything in his power to come back. I’m sure he will.

“He’s an amazing human being that has done incredible things. I have no doubt in my mind he’ll be back. Take him a little longer, I’m sure, but from my perspective he’s one of the most impressive human beings I’ve ever met and I think that he’ll come back just fine.”

Added Tony Finau: “We all know he’s a strong cookie physically, mentally, so if someone’s going to get through this, he will and be back for the better, I’m sure. My thoughts and prayers I’m sure, as all the players, I can speak on their behalf, are with Tiger.”

And Jon Rahm said: “As if his body hasn’t endured enough. Just hoping out of a bad situation, the best possible outcome, and I hope he can recover from it and we can see him on the golf course as early as possible.”

Even former presidents chipped in.

“Sending my prayers to @TigerWoods and his family tonight—here’s to a speedy recovery for the GOAT of golf. If we’ve learned anything over the years, it’s to never count Tiger out,” Barack Obama wrote in Twitter.

“But now he’ll recover from this. He’ll figure out a way.”

The big question is, is this the end or not?